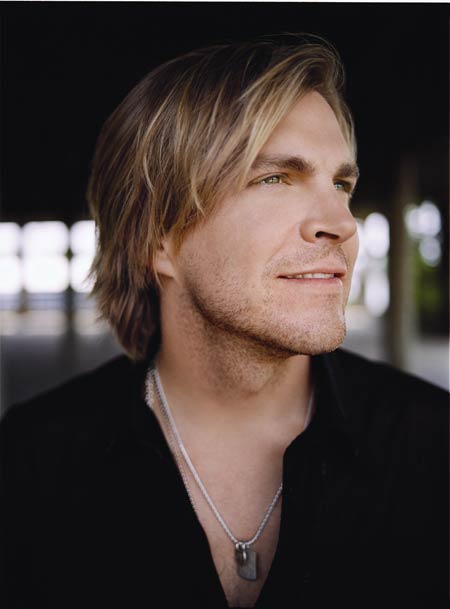 “This world is so loud. Everything’s coming at us all at once,” says Jack Ingram. “It’s nice to get in a room with people and go, ‘Let’s cut the bullshit. Let’s talk about music for a minute.’”

At age 39, the Texas-born singer/songwriter—who recently wrapped up a solo, acoustic tour of listening rooms in support of his current album Big Dreams & High Hopes—is all about cutting the bullshit.

A self-proclaimed “suburban kid” who grew up listening to country icons like Billy Joe Shaver and Guy Clark, Ingram started writing songs while studying Psychology at Southern Methodist University in Dallas. That was 1990, and although he secured a record deal and released his first album only five years later, there was something awry with his musical formula.

“My heroes were guys like Kristofferson, Shaver, Guy, Waylon and Willie. And the music all seemed so true. The songs felt like they were about somebody’s life. For the first part of my career, I was trying so hard to live like I thought those artists were living, because I didn’t have anything to write about. The whole idea of ‘write what you know’ was so in my head that I was trying to live a certain way so I’d have things to write about. I tried making stuff up and it was just terrible.”

If Ingram was lacking source material in those early days, his long and winding road to country music success would eventually offer him plenty of experiences from which to draw inspiration. After all, it took 13 albums for five different labels and the better part of 15 years before he placed a song in the Top 50 on Billboard’s country chart. Finally, in 2005, “Wherever You Are” (the first single from then-fledgling label Big Machine), shot all the way up to number one.

Five Top 10 singles followed. Ingram chalks the success up to the realization that while he was trying to force life to happen so that he could emulate his heroes’ weighty songwriting, life already was happening.

“I realized that it was happening and that I was, and am, being affected by it. I’m getting the wrinkles and the scars. And now, when I sit down to write, I’m not grasping for experiences. I’m just retelling them.”

That realization was part of the impetus behind the aforementioned Acoustic Motel tour. Ingram wanted to cut away the fatty edges from his music and bring his focus back to that which inspired him in the first place: the stories.

“I wanted to take these stories directly to the fans. I don’t think most country fans get to experience that kind of music these days, with all the glitz, glamour and propping up that happens. I wanted to get out there and show people that there’s a little more meat on the bone. It’s not just about showbiz, baby. It’s about telling stories, and being real, and being honest. And I don’t think there are a lot of country artists today who are either willing or able to pull that off.”

Things will be a little different this summer when Ingram heads out on the road as part of the “Country Throwdown Tour,” alongside a host of artists headlined by Montgomery Gentry and Jamey Johnson. Of course, he’s quick to make it clear that he wants to be the headliner someday. And he’s hoping that his newfound artistic focus hasn’t come too late.

“You know,” he adds, hopefully. “Willie Nelson didn’t have his first number one as an artist until he was 42.”