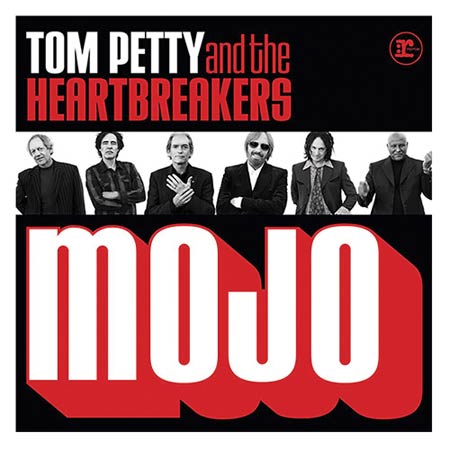 TOM PETTY AND THE HEARTBREAKERS

When Tom Petty & the Heartbreakers made The Last DJ, their last “official” Heartbreakers album, in 2002, Petty was mad: the state of the music industry—and plenty of other issues—had him downright pissed off.

But on Mojo, he’s not out to wag a sharply accusing finger or make biting political statements (aside from the obligatory “legalize it” message of the reggae-fied “Don’t Pull Me Over”). This time, it’s about reconnecting with, well, the mojo—the thing that made this band such a joy in the first place. It’s about playing great music. Specifically, great jazz-blues music.

Petty said when he was recording the album that it had a very Allmans-y sound, and he wasn’t kidding. It’s full of the gliding chords that drove those early-era Allman Brothers Band jams, when Duane and Gregg would hit their Les Paul-and-Hammond sweet spots and the rest of the band would fall right in. In fact, we could re-label the Heartbreakers the Tom Petty Blues Band and not be out of line.

We could also re-label them the Mike Campbell Blues Band; Mojo owes as much to Campbell’s brilliance as his boss’s. Though Petty plays lead on one of the most obviously Allmans-influenced tunes, “Running Man’s Bible,” Campbell’s lovely glissandos rule the equally Allmans-ish “First Flash of Freedom,” and much of the rest of the album. His Rickenbacker lap steel work on the ballad “No Reason to Cry” is simply gorgeous. Of course, Benmont Tench contributes his share on keyboards, providing occasional Steely Dan inflections to the proceedings. It’s hard to pick a better pair of ‘70s influences than that Georgia outfit and those Bard College alums, especially if your intent is to step out of your roots-rock/pop comfort zone and back into the sauntering instrumental interludes that gave “Breakdown” its charm.

Petty and his pals come out cookin’ on the very first track, “Jefferson Jericho Blues,” which nails our third president for consorting with his slaves. Scott Thurston’s harmonica applies additional heat under the burner.

Petty tosses off some brilliant turns of phrase in the slightly sinister “Running Man’s Bible,” which seems to address his nasty relationship with his late father. “I’ve been next in line/I’ve been next to nuthin,” he sings unapologetically. “I took on my father and I’m still walkin’. … I see you with the eyes of somethin’ wounded/Something still standin’ after the storm.” Strong confessions made by someone who survived the pain and fear, but hasn’t quite worked his way through it.

The songs that sound most typically Petty-like are “High in the Morning,” featuring another soaring Campbell solo, and “I Should Have Known It,” which spews a little venom and a lot of grit amid Ron Blair’s deep bass notes. “Candy” is a classically structured blues rocker, complete with some chicken pickin’; “Takin’ My Time” harks back to Muddy Waters; and “U.S. 41” makes you wanna stomp your boot heel on the back porch planks to keep time with the harp and slide guitar. “Lover’s Touch” is sexy and slinky, with bayou moss hanging all over it. There’s something enticing about it, like most of this album.

The only questionable track is the last one, “Good Enough,” which is a big song, with a bombastic stadium-rock guitar solo and a bloated feel that just seems unnecessary, especially in this context. This band has been there, done that. The direction they’ve taken on the rest of the album is so cool, there’s no reason to toss another bone to arena fans. They can pull out those great blasts from their very fine past when they step onstage; they don’t need to clutter an album with new attempts to swing for the back seats. Any true Petty fan would get the mojo behind Mojo immediately, anyway. And love this band even more for finding such a sweet new groove. 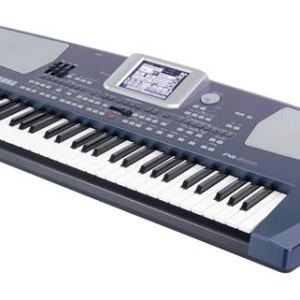