“I want to go to Cinco De Mayo Mexican restaurant, drink four margaritas, and eat all their chips,” says Travis Denning. Self-isolated back home in Nashville, he’s contemplating putting on his mask and getting some carry out.

“I might have to get some Mexican food,” he says. Seriously considering the trek out for food, the Nashville singer and songwriter is chill, and taking in this unexpected break following the COVID-19 pandemic, a small respite after a whirlwind two years of releasing single after single, all leading up to his releasing his debut Beer’s Better Cold.

“This is the first chapter of where I’m at in my life, and these songs fit that place” Denning tells American Songwriter. “I’m in a great spot, a great place. I’m happy and fired up for this year, even with all the crazy stuff going on, so I wanted that mood to translate on the EP.”

Flowing through Denning’s upbeat, raucous nature, Beer’s Better Cold sets the scene for an all-nighter that starts out heavy then settles down from faster moving “Where That Beer’s Been,” “After a Few” and “Tank of Gas and Radio Song,” through the love-strewn title track and more intimate “Sittin’ By A Fire.” In sequencing, Denning wanted each song to stand on its own. “It does this cool thing where the sequence of the songs really complements one another,” says Denning. “It lets them all stand out there by themselves, but they’ve kind of got their arms wrapped around each other at the same time. So it’s just a cool, good shade of what’s to come.”

In conceptualizing Beer’s Better Cold, Denning also wanted to tie everything back to the live experience. “I really wanted to reflect what people can expect to hear live,” he says. “I want that to be reciprocated all the way through my career. I want people to hear my music, see it live, and just connect the dots without even thinking about it—like, the live show sounds exactly what it should sound like on a record. So those two things definitely went into the thought process of it.”

Beer’s Better Cold‘s all-star roster of writers are some Denning has worked with over the years, as well as a few newcomers, with Rhett Akins, Cole Taylor, Justin Weaver, Kelly Archer, Nathan Spicer, Matt Jenkins, Chase McGill, Chris Stevens, and Scooter Carusoe, rounding out the lineup, in addition to Ashley Gorley, who worked on the more lighthearted Beer’s Better Cold track “ABBY.”

“It’s always just been organic,” says Denning. “I always tried to keep the door open, trying new things with new writers, and comfort has dictated who I like to write with, because I want to be comfortable. I want everybody to feel like there’s chemistry there.”

Long time collaborator Jeremy Stover (Emerson Drive, Sarah Buxton, Jack Ingram), who also co-wrote several tracks on the EP, was enlisted to produce the EP. The two have worked together since Denning first relocated to Nashville more than six years ago. “He’s my guy and always has been,” says Denning. “He’s a huge part of every aspect of my career, not just the production. We’ve always been very level-headed together in the studio, and we just had this natural kind of understanding of what we both want to accomplish with a record, and it’s always made for a good process.”

Denning, who has already penned an impressive collection of Top 30 hits for Jason Aldean, Chase Rice, Michael Ray, and Justin Moore, refrains from thinking of songs in terms of placement when writing. Instead, he prefers to stick to how he’s always done things: focusing on the song. Whether he wants to pitch it to another artist is in hindsight.

“If you put too much expectation on the front end of ‘oh we’re going to write this for me or we should write this song for Luke Bryan or Dustin Lynch,’ I think that expectation can skew the quality and the possibility of a good song,” says Denning. “I’m at a point where I can write a song, listen to it for a day or two, and if I want to hold it for myself to record in the future, then I can, or I can pitch it around. I’ve always kept the mentality of ‘let’s just write a good song and then make a decision.’”

He adds, “Every songwriter has something they bring to the table. I try to be as aware of what I bring to the table—and I don’t even know what the hell that is. I like to think it’s lyrics. I want every line to paint a picture. Hopefully I add that flair to it, whether it’s going to be my song or somebody else’s.

Now that Beer’s Better Cold is finally out, more than anything, Denning misses being on tour. “I hate not being on the road, seeing my band and my crew,” he says. “But we’re going to get through it and live shows are going to come roaring back bigger and in better fashion. I think people are probably more crazy to hear music now than ever. It’s just trying to get our heads out of this every now and then and trying to escape and find something to take our minds off the craziness going on.”

Chapter one is complete, so as the world slowly rebounds and returns to some semblance of normalcy, Denning is already resetting his focus on chapter two: a full-length album.

“Here’s the first little taste,” says Denning. “When people listen to this, I think they’re going to hopefully be excited for a very similar process with a full length record. We’re not going to get too far away from this, but we’re still gonna keep diving deeper into who I am and the story I want to tell.” 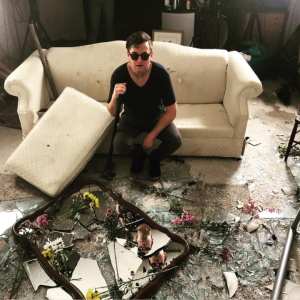 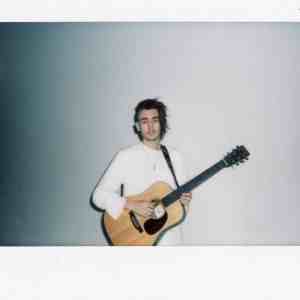