Long before he toured the English-speaking world as the mop-topped leader of Catfish and the Bottlemen, Van McCann hit the highway with his parents, riding in the backseat while his mom and dad sped the family car along the backroads of Australia. The elder McCanns were modern-day hippies, naming their only child after Van Morrison and raising him on the run. Later, when the family settled down in northern Wales and opened a bed & breakfast, Van found himself craving the spinning wheels and rolling roads that had filled his early years.

Above all, though, he craved music. While his classmates listened to pop bands, McCann gorged himself on guitar-driven rock & roll, falling in love with groups like Oasis, the Stone Roses and the Arctic Monkeys. Those bands were larger-than-life, armed with songs built for football stadiums and super-sized personas to match. McCann was enthralled, telling anyone who would listen – which, during those awkward teenage years, wasn’t many – that he wanted to form the biggest band in the world.

“I was writing music for festivals,” says the 22 year-old songwriter, who began strumming his first songs in his childhood bedroom. “I wanted to make 100,000 people bounce every night. Guitar bands were dead in England, and dance music was big. So for me to be saying this stuff at 14, before I’d ever written songs … my classmates didn’t think it was cool. But to me, it was the coolest thing in the world.”

McCann got to work, putting together a band of like-minded misfit teens and, over the next few years, touring his way through a seemingly endless string of U.K. club dates and pub gigs. The group’s name – Catfish and the Bottlemen, a nod to a bottle-playing street performer McCann had seen during his days in Australia – was odd, perhaps, but the music was undeniable, driven forward by amplified guitar riffs and short, sharp blasts of pure melody. If the group had replaced its guitars with synthesizers and cleaned up McCann’s rock and roll rasp, the songs might’ve even passed as pop anthems, with hooks that swung for the fences and lyrics inspired by the restlessness of being an adventure-seeking kid temporarily trapped in a small town. Catfish and the Bottlemen were wedded to the grit and grime of rock and roll, though … and when their songs began hitting European radio in 2013, pop fans jumped aboard, anyway.

In America, Catfish and the Bottlemen are still up-and-comers. Across the pond, though, they’ve become one the biggest British rock bands since the Arctic Monkeys, thanks to singles like “Kathleen” – an explosive tribute to lust and young love – and a touring schedule that hasn’t slowed down in years. Still in their early 20s, they’ve become the heirs to a rock and roll throne once occupied by royalty like the Gallagher brothers and Ian Brown.

“With any kind of band, whether it’s Bruce Springsteen or whatever, they’re trying to get out of where they came from,” McCann says. “Just because you’ve already been there, d’you know what I mean? I’d been living at home for 14 or 15 years. My parents told me stories about going to work when they were 11 years old. They had it hard. I didn’t want that. I wanted to tour. We all wanted something more.”

He’s referring to the rest of the Bottlemen – lead guitarist Johnny Bond, bassist Benji Blakeway and drummer Bob Hall – whose heavy, garage-worthy stomp adds the meat to McCann’s songwriting. On the group’s debut album, The Balcony, songs like “Homesick” start quietly, explode into bright choruses and retreat to softer places once again, the product of a musical education spent in front of British audiences whose attention (or, during the band’s earliest gigs, lack thereof) taught the guys volumes about how to structure their songs. There’s very little empty space on The Balcony, an album that proudly wears its influences on its leather jacket-clad sleeve.

“I listen to my idols and try to make music that sounds like music I already love,” McCann admits. “I’m not much of a guitar player, but I can come in and draw a picture and say, Hey, I know what color I want,’ and the band paints it. I can say, ‘Let’s make the song sound a bit like Oasis, but like the Killers did it on their third album, and they say, ‘Oh, I know what you mean.’ And it sounds amazing.”

McCann isn’t shy about being a fan of his own music. For someone who once promised his grade-school classmates that he’d become a household name, though, he’s making serious progress on his promise. Rock and roll isn’t fueled by humility, after all; it’s fueled by guts, guitars and guys with chips on their shoulder. We’ll raise our bottle to that. 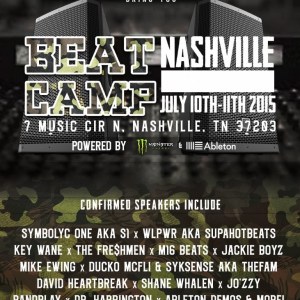 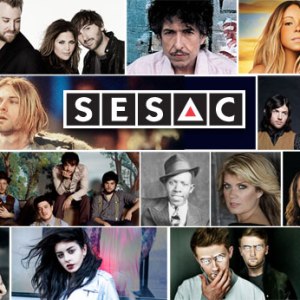