CeeLo Green is something of a philosopher. His musings about life’s grander designs can’t quite be contained in only four minutes of song—but a track like “Down with the Sun,” an essential cut off his latest record, CeeLo Green is Thomas Callaway, seems to perfectly distill what it means to grow older and cling to the kind of creative liberation he’s triumphantly managed over the last year.

I’m getting older / There’s no time to waste / The inevitability that I must face, he sings. Green displays great restraint with one of his most mesmerizing vocal performances to-date, sliding along a blanket of strings and horns, and producer Dan Auerbach’s genius production. But before it’s all said and done / And there’s nowhere left that I can run / I’m going, going down with the sun, he then calls out for greater purpose to the universe.

In his prolific career, from his early days in Goodie Mob to Gnarls Barkley and his more recent solo ventures, Green has always been one to live in the moment, seizing every opportunity to do “what’s true and honest and healthy for the mind, body, and soul,” he says.

“I’ve taken a scenic but safer route than the mainstream. My music is the callout to the universe to say, ‘Hey, I want to live a little bit longer. I still care as much as I ever did. If you keep me, I’ll keep the quality level up,’” he tells American Songwriter over a recent phone call. “No matter what calculated risk I take, it’s always gratifying when it feels good. That’s what I’ve gotta be concerned with.”

Green captures the beauty of such musical daring with a live studio take of “Down with the Sun,” premiering today, filmed at Easy Eye Sound Studio. I’ve been exiled / Another high, another low / The punished still here, he sings on the bridge, sliding up into his falsetto. Our minds already gone / Calling this loneliness helps me hold.

Releasing the video, among others to come, unintentionally satiates a collective hunger for live performance. “Part of it is by circumstance,” he says, “but there is a grander design far beyond our own understanding. Sometimes, it’s both reactionary and involuntary.” Green entered the studio late last year to film a collection of album tracks, an endeavour which allowed him to “find self control when everything else was chaos around” him.

As the pandemic rages on, and artists must become increasingly innovative in their work, Green lives life as he’s always done: fearlessly and unapologetically. “We have to go boldly into every day of our lives. What choice do you have? Death will still meet you at your front door or come to your bedposts,” he reflects. “Death will creep under your covers. You may as well give it a good fight. If you want to be a target, you may as well make yourself a moving target. Make yourself harder to kill. Run for it.”

It seems appropriate his new record firmly immerses in life’s irresistible richness, as well as his duality of being both an introvert and extrovert. He follows his instincts, from the twinkling opener “For You” to the nearly apocalyptic rager “The Way,” the latter among his most striking performances, and brings the listener along for quite a revolutionary journey. “As long as people can dial into what instinct would have me do, I can be myself for the rest of my life. That’s how you grow old gracefully,” he says.

As the world remains clouded and dark, Green finds strength from a well-trodden path. “It’s not luck. It’s a lineage. I’m carrying on the work of so many people who have inspired me,” he describes. “I’m not the first of a kind, and I’m certainly not the last of a kind. If properly managed, I will inspire somebody else.”

Such inspiration can’t exactly be quantified, but it’s a feeling that seems radiate from the depths of one’s spirit. Immense “psychological or spiritual loss” can set you adrift, and it’s “not always directional,” he says. “Life is a one-way street. We’re going forward, and there’s no going back. You’re not lost in that way, but you can veer to the left and right. And you can stand still and be stagnant. You can be scared to death. It’s about finding the courage and purpose in the plight of existence, at all—not just your life but the overall part in the grand design.”

Furthermore, Green wrestles with his ability to “not only survive and sustain” in this life but “be pleasing in the sight of my Maker. When these ambitions come up in your spirit, you want to answer those callings. You want to be brave because it feels like the Creator himself is speaking directly to you and speaking your purpose into your subconscious mind. You ask yourself ‘why me,’ and that can be a little unnerving.”

CeeLo Green is Thomas Callaway is Green answering that call. It’s not that fans should be particularly shocked by his creativity across the 12 songs, but they should most certainly be pleased with the work. Songs like “Little Mama,” “Doing It All Together,” and “Thinking Out Loud” are “traditionally untraditional” when you take his entire catalog into account. He swerves when you don’t expect him to, and there’s a profoundly comforting quality surrounding his shoulders.

“The process itself was very unique and strangely wonderful for me. Being paired with producer/collaborator Dan Auerbach, he even surprised and impressed himself. It was so well-executed on all fronts,” he offers. “Certain things I’ve done in the past, and I can go as far back to the beginning, I wasn’t as astute, sonically, and I didn’t even consider those things. I was just reacting off an impulse.”

Now, as an independent musician again, Green “can do whatever my heart desires at this point,” and that includes allowing himself to be fully produced and follow a new kind of muse. “There are two types of people in the world. People who make life happen and people who life is happening to. I am not the latter. I make things happen. That’s a leap of faith. You just have to go out on that limb, not only for the sake of yourself but the people around you.”

CeeLo Green flies wild and free, and the entire world sweeps out from his feet. Anything could happen next, and he’s quite OK with that. His latest “conquest” is a sterling testament to what he is capable of. There’s no telling what he’ll conquer next. 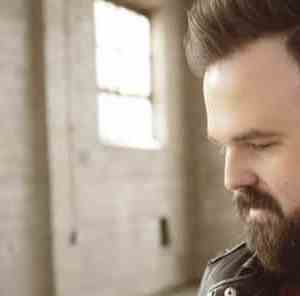 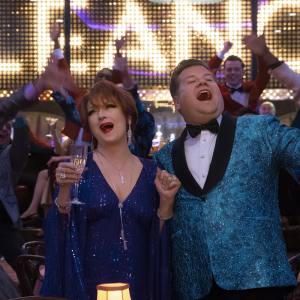