“How does the old saying go? When talent and preparation meet, that’s when lightning strikes.” CeeLo Green is having a moment. It’s been five years since he released gospel-pop tinged Heart Blanche and after taking a bit of a sabbatical to reset—and the unexpected self-isolation due—Green has reemerged in new form, regaling in all his soulful roots and getting back to his true self on sixth album CeeLo Green Is Thomas Callaway.

“It’s basically being whole, taking both spectrums of self,” Green says. “Thomas Callaway is somewhat introverted and CeeLo Green is over the top extroverted.”

Recorded at Auerbach’s Easy Eye Studio, Green went back to roots, tapping into an old-school recording process of using a live back, pulling in some of Nashville’s seasoned musicians from Nashville and the Alabama session players of Muscle Shoals. Acquaintances for years, the two initially started putting the pieces in place for CeeLo Green Is Thomas Callaway two years ago.

“We’ve actually known each other many years prior, but we never connected on a direct basis,” says Green “He [Auerbach] just said he was in admirer my songwriting and felt that it would be a great opportunity for us to get together and collaborate on some songwriting, so that’s how this whole entire project was prompted.”

Written over a six-month period with Green going down to Nashville in intervals. “We would just sit around early in the morning and having coffee and sweet tea and donuts, talking shop and talking about music and stuff like that, and the next thing you know, an ideal a melody or something that was said would just build upon it as a story line,” says Green. “It was really casual. I wasn’t writing so much from a personal perspective, because I wanted the things that we addressed to be applicable to just about anyone for that universality.”

At this point in the middle of a pandemic, it was really ideal of trying to release a project just because it’s really unique, says Green. “It’s a really rare occasion, but also this pandemic is a rare occasion and one in where people can be still and not only listen, but hear the album.”

Every single that’s been represented on the project thus far lends itself to the times and the pretense of which we’re living under, at the present moment, says Green. The soul-induced “Lead Me” follows vocals gliding through the track and its refrain of Doesn’t matter where we started / As long as we finish together through the funkier levity of “People Watching,” a reflection of our current voyeuristic personalities.

“Don’t we do that every day watching Instagram and television, making our observations and our opinions and joking and also having disdain for some of the things that we see,” says Green. “It’s just very natural. It’s who we are: a social network.”

When it comes to Black Lives Matter Green says there’s a disconnect. “I hate that we’ve digressed again, and marginalized the narrative down to race again, but this is a humanist issue,” says Green. “And it’s a humanist opportunity to be better as a body of people.” “Doing it All Together” is Green’s rallying cry for unity in lyrics Through wind and rain / My friend, we’ve changed / But we still remain / Doin’ it all together.

Originally slated to start his third residency in Las Vegas as the Caesar’s properties, everything was put on hold following the COVID-19 shutdown. “Basically w COVID-19, this ordeal has affected us all and become a common sense and a common ground that we all share,” says Green. “It’s really given us an equality to springboard from self betterment and improvement. If we can deal with it. We’re really in all in this together.”

Under the circumstances, Green says he still remained hopeful, productive and is basking in the unexpected quality time with his family back home in Atlanta.

“We got a lot of quality time as far as our family, fundamentally bonding and regaling in a way that’s kind of like, that’s almost obsolete in most households that do any of those normal things now,” says Green. “People don’t sit and eat dinner Even with that, we still have the sympathy and compassion for those less fortunate and trying to do our best with our influences to offer some of that wishful thinking to others who are living a much different reality.”

In April, Green, along with his son Kingston Callaway, helped raised money for Direct Relief, an organization that provides medical workers the proper equipment with an online performance, covering Al Green’s “Simply Beautiful,” a rendition of Oasis’ “Wonderwall” and a stripped back version of Callaway’s “Lead Me.”

“I’m just kind of doing my own little niche and boutique things of that I enjoy doing on a personal level,” says Green. “But as far as an album is concerned, at this point of growth and development, the opportunity kind of opened up do it diligence, and I’m just very trusting of the process. So that’s when patience becomes a virtue.” 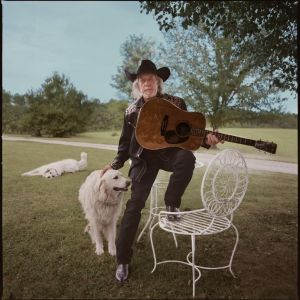