A creature and woman meet. Ultimately, their bittersweet love is never meant to be and best admired from a distance. Unnatural in its premise, the story Chakourah—the moniker of vocalist, percussionist, arranger, and Tedeschi Trucks Band member Alecia Chakour—is telling follows a breakup, and the realization that being apart is the best situation for those involved in the dreamy lo-fi wanderings of “West St.,” off her upcoming EP lotusland, out Oct. 29.

“This song really became about letting go, the times where you don’t want to, but you know it’s the right thing to do,” Chakour tells American Songwriter. “You can love someone so deeply, but know that the best way to love each other is by taking space, that bittersweet moment that still feels intimate and romantic somehow.”

Processing the real-life in a more sci-fi and fantasy realm, and resembling the love story of Guillermo del Toro’s 2017 film The Shape of Water, is how “West St.” unraveled for Chakour.

“Maybe no matter how much you love each other you realize that they need to live underwater and you need to be on land,” says Chakour of the song and its title, named after the street in her neighborhood she often walked down. “It’s really as simple, but heartbreaking, as that. I loved closing out the song with Sam Cohen’s guitar solo. I wanted it to feel like a duet.”

Co-produced with her brother and multi-instrumentalist Alex Chakour (Charles Bradley & His Extraordinaires, Brittany Howard), lotusland finds Alecia as the main writer, producer, and singer and marks the artist’s first solo project in more than a decade.

Mostly written on the road throughout the past several years, Chakour assembled lotusland using songs she fleshed out over time. Demoing them on her own, she laid down the rhythm tracks in person prior to the pandemic at drummer Homer Steinweiss’ studio in Queens, New York with her brother, along with guitarist Sam Cohen, Cochemea Gastelum on saxophone and flute, Jared Samuel on organ, and her father Mitch Chakour on piano.

“Once COVID hit, my brother and I were off the road for the first time in what felt like a lifetime and decided to finish the tracks together,” she says, “which was a really beautiful experience.”

Described as “R&B-laced, cinematic Arab-Americana,” and running just 22 minutes, the six tracks of lotusland explore different losses and beginning again and is a clear departure from Chakour’s work with Tedeschi Trucks Band, and enters the more fantastical world inside her head.

“When I work with the Tedeschi Trucks Band, or in any of the work I do as an arranger or backing vocalist I am entering someone else’s universe or ecosystem,” says Chakour. “I bring with me the elements that make me who I am as a musician, but the mission is always to use that to help them fill out their world. This record was my full commitment to painting a picture of the strange little world inside of my head. It was important for me to daydream alone first.” 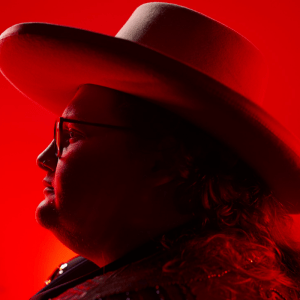 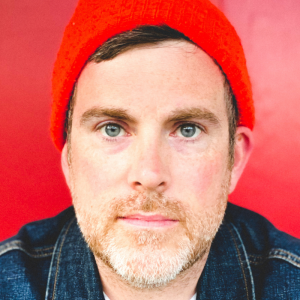