When Chance Emerson sings “Everything will be alright in time” at the close of his new single, “Annabelle,” it’s easy to believe him. The Providence, Rhode Island-based singer-songwriter delivers the line with wisdom and assuredness that belie his age.

“Annabelle”–premiering today on American Songwriter–is the second single off the 19-year-old’s forthcoming debut album, ‘The Raspberry Men’. It’s a nostalgic number that centers Emerson’s rich vocals as he sings about the pain and necessity of moving on from old friendships. His voice softens then croaks as the song’s tempo picks up after an interlude: “And I’m tired of missing friends / I’m so tired but it’s not the end.”

By the song’s final chorus, Emerson’s sadness is cut with optimism and gratitude: “If you’re lucky in friendship / there will come a time / when you wistfully say goodbye / Annabelle don’t cry / You’re frozen in my mind.”

Despite the song’s title, Emerson didn’t write it about a specific person. Instead, he wrote it to his friends at the end of high school (did I mention he’s only 19?).

“‘Annabelle,’ while not about a specific person, is certainly about specific people,” Emerson tells American Songwriter in an interview, the full text of which is featured below. “[The song] was written as a goodbye to some of my friends from high school after I graduated. In particular, it was shaped by thinking of the friends I might not stay in touch with.”

“Annabelle” follows lead single “How Can I”–a buoyant folk-pop number that showcases Emerson’s joint capacities for self-deprecation and self-compassion: “The world may be paper I’ll be okay / a paper cut hurt me once but still I put pen to page.” Taken together, “Annabelle” and “How Can I” point to Emerson’s impressive range as a songwriter.

The Raspberry Men comes after the Taiwanese-American’s breakout 2017 EP The Indigo Tapes, which he recorded in his high school attic before posting it online. His debut album builds on that DIY approach–he recorded it in his grandparents’ home in Maine.

Emerson elaborates on his songwriting craft, his upbringing, and what qualities he most admires in his musical heroes—Bob Dylan, The Grateful Dead, and Matt Corby—below.

Can you tell us a little bit about how you developed your songwriting style?

I was born in Taipei and grew up in Hong Kong. I go to school in New England now. I’ve done my best to become a part of each of these three communities and they have been drastically different from one another. I’ve met a lot of strange wonderful people and done a lot of living along the way. I think these experiences reflect in my music.

I also read a lot of books growing up, which certainly didn’t hurt as I developed a lyrical identity.

My biggest musical influences write honest songs, and as I searched for a way to produce a similar caliber of art, I think I was able to tap into some of that honesty.

What are some of your musical inspirations, given that you were born in Taiwan but now live in Rhode Island?

I don’t actually come from a Taiwanese musical tradition myself but I can definitely hat tip some of the great musicians of Taiwan like A Mei and Jay Chou.

My musical inspirations come from my dad’s music. I vividly remember going to see a Beatles cover band in Taipei when I was a kid. I was in fourth grade, I heard ‘Can’t Buy Me Love’ and decided on the spot that I was going to learn to do that. I grew up listening to Bob Dylan, James Blunt, The Grateful Dead and Stevie Ray Vaughan while cooking dinners with my family. Then heading to the States, I was exposed to artists like Rayland Baxter, Theo Katzman and Vampire Weekend. These artists and also the order in which I discovered them really shaped my sounds.

Is “Annabelle” about a specific person, or simply a product of a great writing session?

“Annabelle,” while not about a specific person, is certainly about specific people. “Annabelle
was written as a goodbye to some of my friends from high school after I graduated. In particular, it was shaped by thinking of the friends I might not stay in touch with. I think it’s really significant when relationships that are so defined by a section of life come to a close. It’s almost like parting ways with that period of your life. It’s sad. I also think it’s a little inevitable and lets people grow. I almost thought of it as my signature in the back of someone’s yearbook.

So while it was certainly the product of one really lucky and wonderful afternoon of songwriting, it was also grounded in people I treasured.

Honestly, this is a really hard question for me. I’m not entirely sure I have an answer. I think about some of my musical heroes–Bob Dylan, The Grateful Dead, Matt Corby. Dylan pivoted genres pretty aggressively when he went electric. The Dead went through folk, rock, pop, blues, string bands… They all had what I would consider a folk songwriting background and from there they explored. They didn’t stick to one area and just let the song choose where to go. I’m doing my best to do the same and let the song itself inform the style of the tune.

If you really pressed me, I’d probably say folk-pop.

The Raspberry Men is out March 6. 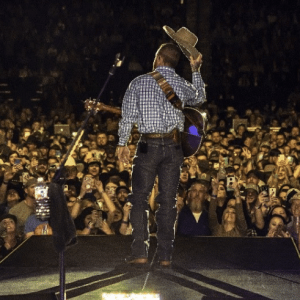 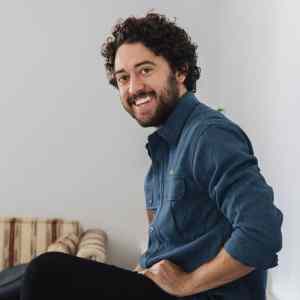