With entertainers out of work, first responders overworked and racial unrest around the country, Franke Previte wants to remind us we are all the same voices existing in “One World.”

The Oscar-winning songwriter for “(I’ve Had) The Time of My Life” (from Dirty Dancing) reached back into his catalog when the coronavirus pandemic shut everything down and retooled a song from 1989 that saw limited release but had a timeless and universal message. The genesis of “One World” in fact came from a musical summit between songwriters from the United States and the Soviet Union.

Written by Previte, Pamela Phillips Oland and two Russian musicians Sergey Manoukyan and Mikk Targo in 1989, the new version of “One World” is a hopeful song of unity that recalls some of the ‘80s most anthemic message songs, led by powerful vocal performances from an ensemble of well-respected, top-notch singers, dubbed “Voices 4 One World” for this project.

“Many years ago, I was one of 25 songwriters chosen to represent the United States in a Cultural Arts exchange with the USSR,” Previte tells American Songwriter. “Some of the best songwriters of the time were invited over to Russia- Barry Mann, Mike Stoller, Tom Kelly and Billy Steinberg, Desmond Child, Diane Warren.”

“We were all sitting there, and these Russians come in and start playing their music. We’re listening and it was good, but it was a little regimented and had less syncopation and swing. Then this blind Estonian player, Sergey Manoukyan, comes in with his partner Mikk Targo. At that point Estonia and Russia were in a big conflict, with Estonia wanting to leave the Soviet Union. He sat down at the piano and it was like Ray Charles came out of this guy! Everybody immediately wanted to write with him! But of course, we all couldn’t. The organizers put names in a hat, I drew Sergey, and then Pamela, who wrote songs for Frank Sinatra, Whitney Houston, Aretha Franklin.”

Previte and Oland crafted the lyrics while the chord changes came from Sergey and his partner. Earth, Wind & Fire cut “One World” for a charity record called Music Speaks Louder Than Words, which saw limited release in 1990, mostly due to a regime change at the record label.

When the pandemic hit earlier this year, Previte had been making the rounds on radio shows and said to a DJ, ‘we’re living in one world, not just the US.’ That line triggered his memory back to the song.

“I called Pamela and she called her friend Jon Gilutin (Pointer Sisters, Linda Ronstadt), who tracked the new version. He loved the idea of helping actors and musicians get through the pandemic and get to the other side of normal. Jon contacted his first call vocalists, just amazing musicians who have backed some of the top artists of all time.”

Though the names may not have household recognition, their voices do. Michael Mayo has sung with Herbie Hancock and Josh Groban, Ellis Hall performed with Tower of Power, Dorian Holley sang backup for Michael Jackson and Rod Stewart, Ronee Martin is a studio jazz singer and Judith Hill was a finalist on “The Voice” and featured in 20 Feet From Stardom. “He put them all on the track and it was smoking. And I realized these were all the unsung heroes. They were doing this song for free to help people. Musicians helping musicians- that was the right way to approach it. Pamela and I came up with the idea that each person in the world has a voice and these voices are for one world. So we christened the project ‘Voices 4 One World.’”

With all that’s going on in the right now, Previte and Oland felt the second verse needed to be rewritten. “The concrete foundation we are built on is now on shifting sands. We have to take a step back and take a breath. I realized the picture I was painting in the song wasn’t complete.”

“It’s all part of the power of music. It’s a healing factor. And that’s what I’m hoping “One World” can do. Give us some healing. Light a spark of hope and the feeling that the other side of normal is going to be ok.”

“One World” is officially available now as a free download with any donation at www.oneworldoursong.com. All proceeds benefit four major charity partners: Musicians Foundation, The Actors Fund, First Responders Children’s Foundation (beneficiary of the recent “Living Room Concert for America” hosted by Elton John) and the NAACP Legal Defense Fund. 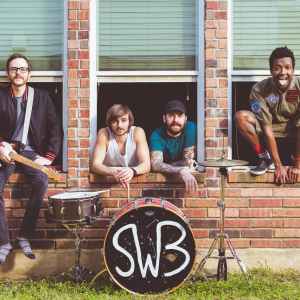 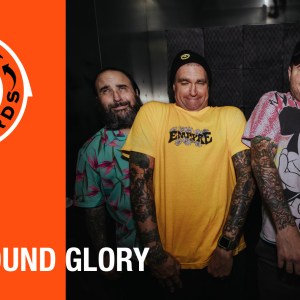