Burtnik has a long, storied career as a solo artist and hit songwriter (Randy Travis “Spirit Of A Boy, Wisdom Of A Man” Styx Edge Of The Century album), as well as a band member with Styx, The Orchestra, Slaves Of New Brunswick and the Summer Of Love tour.

His newest band The Weeklings, a Beatles-inspired quartet featuring power pop originals and imaginative covers, released their latest album 3 earlier this year, as well as a spot-on cover of The Beatles “All You Need Is Love,” which you can view on our site here. The group just performed two sold-out, socially-distance outdoor drive-in concerts in New Hampshire. “It was a drive-in setup, but it didn’t feel like we were playing for cars. We got to see people,” Burtnik noted.

Burtnik often performs “Sometimes Love Just Ain’t Enough,” a 1992 hit for Patty Smyth and Don Henley, on guitar but chose the piano for this performance. “(Studio owner) Jon Leidersdorff told me about his YouTube series and asked if I would stop by and sing a song. They have a really beautiful piano in the studio that I wanted to play so I decided to use that.”

Joining Burtnik is Jersey Shore singer Emily Grove, who pays homage to Smyth but owns the song herself, with tender vocals that echo Burtnik’s plaintive performance, fully capturing the song’s theme of regrets and mistakes made in a failed relationship.

Burtnik and Grove have known each other for close to ten years and have sung the Grammy-nominated song together a number of times.

“I moved to Asbury Park around 2007 or 2008 and was interested in the young musicians in the area. I saw her name popping up, along with some other talent. I was keeping my eye on her and one day I saw a social media performance of her singing a classical, operatic piece. When I saw that, I realized ‘this girl’s got chops.’ She’s not just doing the singer/songwriter thing. She’s got quite an instrument. I’m impressed with people who have a broader range. We recorded a song together and have been friends ever since.”

Grove, who performs her originals in a solo format as well as with her avant-garde band Daughter Vision, will be hosting a Facebook Live show this Friday. 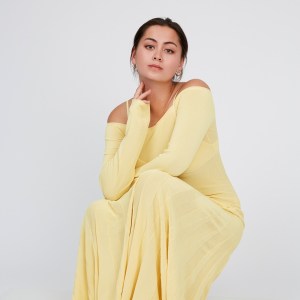 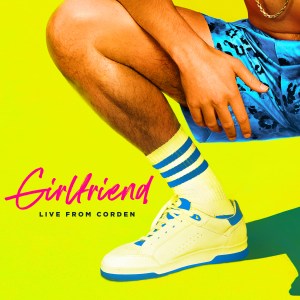