“I was thinking about it the other day,” Charley Crockett reflected to American Songwriter. “‘Lesson in Depression’ got put on some kind of Billboard ‘Hot New Single’ thing or something and, on the same day, it got added to that trendy country playlist that Spotify’s got, Indigo. Man, if Slim could be here to see these songs make it to the places it’s already been to… that would’ve been a big deal for him. He would’ve been nervous and excited—only Slim could make you feel uneasy and as if he was your closest friend at the same time.”

Like many honky-tonkers who’ve graced the smoky, dive-bar stages scattered throughout Texas, Crockett can talk about James “Slim” Hand on good authority—before the legendary country crooner passed away last June, he was a mentor of sorts to Crockett.

“I’m telling you,” Crockett said, “I didn’t meet Hank Williams, but I did meet James Hand.”

And for Crockett and many of his peers, meeting Hand was almost as good as meeting the Hillbilly Shakespeare himself. Born in 1952 just “three exits down the highway from where Willie Nelson was born,” Hand was a mainstay of classic, unabridged honky-tonk music. While he never reached the same level of commercial success as some of his contemporaries—partly due to the fact that he didn’t get a chance to release his first album until 1997, when he was 45 years old—his legend spread, slowly but surely, through the undercurrents of American roots music (his old neighbor, Nelson, even described him as ‘the real deal’).

Yet, Crockett was ready to set the record straight and bring Hand into the spotlight; for years, he’d been working up plans to record an album of Hand’s songs and take him on a tour across the country. While the vision didn’t come into fruition before Hand’s unexpected passing last year, Crockett still went ahead with the record, crafting one of the most earnest, thoughtful and genuinely touching tribute albums in honky-tonk history: 10 For Slim: Charley Crockett Sings James Hand, which came out on February 26 via Crockett’s own Son of Davy record label.

“The idea was to do it while he was alive,” Crockett explained. “I had been threatening to record his stories for a while. He’d go ‘I don’t know what the hell you’re waiting for, Charley, I wish you’d quit threatening me and go ahead and do it!’ He was supposed to be on the road with us in 2020 and the guys were gonna back him up. We wanted to bring him on stage for all of the shows and festivals we were getting the opportunity to perform at. We had played with him around Texas a little bit and I’m here to tell you: he got a standing ovation every time he played, it didn’t matter if I was playing last or not. That’s just how he was.”

So, when Crockett got the fateful call this past June, you can imagine the grief he was struck with. “I cried like a little boy,” he remembered. “I just didn’t see it coming. I know that he had lived hard, but I really felt like he had a few more years in him. ”

Pretty shortly after that, Crockett’s grief began to melt into something else: a drive to make good on his word and record Hand’s songs. See, while Hand was gone, his presence, his memory and the body of work that he left behind remained very prevalent in the lives of those who knew and loved him.

“Kinda immediately, I thought ‘Well, I’ve gotta get these songs recorded,’” Crockett said. “But a lot of things came around—I’ve got a lot going on, a lot of different projects I’m doing, and it can be difficult to do something like this when not everyone is as concerned about it as you are.”

Eventually, though, Hand’s “presence” began to weigh heavy on Crockett.

“To be honest with you, he started haunting me,” Crockett said. “He would come to me in my sleep. Eventually, my girl, Taylor, told me: ‘It’s going to ruin you if you don’t do this right now and somebody else comes along and does it. Especially if that person doesn’t have the reverence for James that you do, it’s going to just ruin you.’ When she put it like that, I finally pushed everyone off of me and got it done. And, boy, I’m sure glad I did.”

Fans of the classic country sound will be glad he did too. See, 10 For Slim is a testament to an art form that’s becoming endangered in the United States. While modern, pop-country retains some of the elements that helped forge country music into the American cultural ethos, Crockett and many like-minded honky-tonkers and roots musicians have noticed a shift in tonality in recent years. As Crockett puts it, the quality and depth of songwriting has begun to fade.

“Okay, so, if we’re having trouble connecting with commercial country music,” Crockett continued, “I contend that the Great American Songbook stuff is the answer to how the young generation will bring it back to the forefront. Everyone who listens to this music cares about it—it doesn’t sound trapped in space. It sounds old and new, it sounds vintage and fresh, it sounds like the 20th century and the 21st century. I see a lot of young folks who feel that way. I have a lot of young people who reach out to me—they’re interested in this music, interested in playing it, they want to find and listen to it.”

In a way, that’s the true brilliance of 10 For Slim; by honoring James Hand and keeping his legacy alive, Crockett is tapping into a much deeper, more profound legacy of American culture and bringing it—relatively unchanged—back into the conversation. Yet, for as clever as Crockett is for doing it in such a tasteful way, he still contends that Hand was the ultimate master of the trade.

“If you look at what Slim was doing, I think you can hear all the way back to Hank Williams or Lefty Frizzell, but you can also hear the modern world,” Crockett said. “Songs like ‘Lesson In Depression’ and ‘Midnight Run’ show that off, which is the main reason I put them both on there. That ‘Lesson In Depression’ sound has more in common with Gary Stewart or a young George Strait than with what you might hear on the radio these days. But, the thing is: even with the modern, commercial country audience, when they hear something like ‘Lesson In Depression’ or ‘Midnight Run,’ they’re going to want more of it. James figured that out, the Great American Songbook stuff. That’s not just missing from pop-country, but from a large portion of popular music. These days, songwriting seems to avoid the human condition, which is why I feel that it’s lacking. At least that’s why I think that people who have no relationship to country at all listen to it and think ‘Man, am I missing something?’”

Yet, as Crockett mentioned, when those same folks hear something as authentic and organic as one of Hand’s songs, there’s a very different reaction. For that reason, there was a lot of reverence and care wrapped up in how Crockett approached making 10 For Slim.

“There was an enormous responsibility with trying to sing his songs, it’s no small feat,” he said. “When we went in to record it, the idea was to record the band and get scratch vocals at the same time. Then, I’d go back and re-sing it all. But, the thing was: by the time we got the songs done and I went back in to re-record the vocals, my engineer kept stopping the tape saying ‘Man, you’re singing the shit out of these songs, but something’s off. It’s not the same.’”

At first, Crockett responded to this roadblock with frustration. His appreciation for Hand and drive to finish the record was so immense that it became imperative for him to do so… a set-back like not being able to sing the songs was detrimental to this vision. But, after Crockett sat with the recordings a bit longer, it donned on him why the scratch takes blew the rest of his attempts out of the water.

“I went home that night real upset and I slept on it,” Crockett remembered. “In the morning, I was like ‘Man, I know what it is—when we were recording, all of the guys in the room were guys who had seen, known, listened to and played with James Hand.’ All of them. Every one of them had been around him a lot longer than I had. I was going through my own thing with James—about my relationship with him and all the things he’s done for me and my career. So, when I was singing those ‘scratch tracks’ in the room with the band, the reason I think they came out so good is because he was in the room. No matter what we tried to do later, no matter how I sang it, we couldn’t get anything as good as that moment of magic. His spirit was in the room—it was in those guys, it was in me and it stuck to the tape.”

And if you listen to 10 For Slim, Slim’s spirit might just stick to you too. For folks like Crockett, his legend will live on for as long as honky-tonkers are around to keep telling the stories. In a way, it’s an illustration of culture’s ability to transcend—something as feeble as the material world is no match for the soul of James “Slim” Hand.

“The goal was for James to get to hear those songs,” Crockett said. “But, depending on the way you look at it, he’s hearing them anyway.” 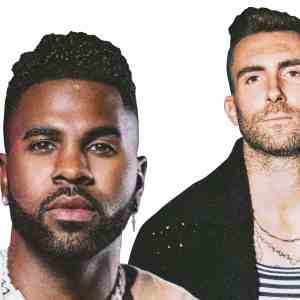 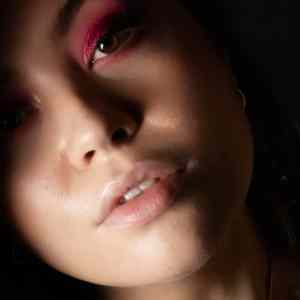