Jason Derulo feels guilty admitting it, but 2020 was a great year. Releasing hit after hit with “Savage Love,” “Take You Dancing”— and even his remix “Savage Love (Laxed Siren Beat) with Jawsh 685—when the pandemic hit, Derulo had two choices to make. He could either make more music and eat junk food—or do both.

In the process of balancing both quarantine activities, the multi-platinum artist has blown upon TikTok with more than 43 million followers, following every bizarre recipe (#millimeals) and other outlandish behavior, and released his latest single “Lifestyle,” featuring Adam Levine.

“Lifestyle” sees Derulo collaborating with the Maroon 5 singer for the first time ever with a recent remix (“Slap House Mix”) by David Guetta. Written during a session with Jay Dash just several months before its release, once Derulo had the bones of “Lifestyle” set, it was song he wanted to get it out immediately.

“It was one of those sessions that just felt good afterwards,” says Derulo. “The true test is when you hear it the next day, and it passes the overnight run. Then, I started thinking of collaborations, and I couldn’t think of anyone who would do it better than Adam Levine.”

In between his TikTok shenanigans, Derulo is constantly writing and piecing songs around different melodies and ideas. “For me, every night is an experimentation,” he says. “It’s fun to go in and have no expectation and just create.”

Typically, Derulo starts a song with seven different melodies around verses, hooks and continues to shift the piece around until it all fits. “I like to see how they mathematically fit together,” he says. “Melody is king. A strong melody and concept, that’s when I can really dive in and decode it in words. I can fill in the puzzle if I have that melodic skeleton.”

When writing for others artists, his songwriting tactic remains the same. “I think a great song is a great song, and workable for most people if that’s your genre of music,” says Derulo. “Any great title with a great melody can be made to fit an artist within that genre.”

As TikTok continues to flourish, Derulo is still having the time of his life. In addition to penning a film script around Uzo, a character he introduced on TikTok, Derulo recently partnered with Marvel to create a comic series around his superhero, which will see a release later this year or early 2022, along with a full program of action figures and more.

Derulo also promises more music on the horizon, including a fuller body of work with some rhythmic, “island flavor,” with everything leading to a new release, Derulo’s first since 2015’s Everything is 4.

“It’s definitely been a long time coming,” says Derulo, who parted ways with Warner Bros. in May of 2020 and recently signed with Atlantic Records.

“This whole journey of me being on this label where wasn’t seeing eye to eye, it was a tough situation, but everything is all good now,” says Derulo. “As I move forward, I’ll be able to move with a clear mind, be able to be my usual creative self and thrive in all places.” 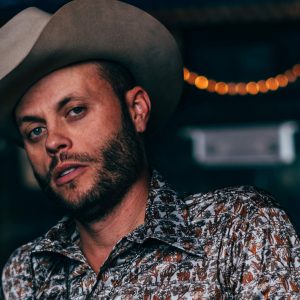