Even though the title of Charley Crockett’s eighth (!) full length (and second this year) since his 2015 debut appears to be plucked from today’s headlines, it was recorded before everyone’s times got even more challenging.

Crockett faced down a serious threat to his own pre-pandemic health with life-threatening heart surgery in January 2019. But that may not have even been the worst of his issues. Being homeless, then incarcerated and losing a sister to addiction are just some other events in a life that the description of “hard” doesn’t do justice to. Perhaps overcoming those issues reflects in Crockett’s impressive work ethic and prolific output.

Regardless, this thirteen cut platter ups the production significantly from his solo, raw Field Recordings, Vol.1 from earlier in 2020. Crockett’s music remains stripped down with basic instrumentation supporting his modest yet sincere vocals. Similar to the sound of Arthur Alexander, Crockett finds the sweet spot between country, soul, blues and folk on deceptively modest songs, effortless in their easy-going groove.

There is also a strong countrypolitan slant, especially in the opening title track with its tinkling piano and downbeat lyrics of “Life’s a casino…. The dice are loaded/And everything’s fixed/Even a hobo can tell you this.” When he sings the words of the title from The Man That Time Forgot, he might as well be describing his own somewhat retro musical attitude, which seems plucked from the 60s and early 70s. Crockett’s vibe is warm, unassuming occasionally poignant but mostly just natural on such low key sweet selections as “Heads You Win,” “Fool Someone Else” and “Raining In My Heart.” These originals go down easily, sung and played with such organic, unaffected charm that they seem like covers.

No one is working up a sweat on anything although the subtle train time stomp of “Run Horse Run” and “Paint It Blue” pick up the pace, especially due to Nathan Fleming’s pedal steel lines that add refined color and rural twang to most tunes. Little jumps out, but each selection is an exquisitely crafted gem that beckons you back to play it again. There’s some Marty Robbins in the waltz-time “Black Jack County Chain,” a cautionary chain gang/prisoner tale. Similar to Colter Wall, Crockett has a light but entrancing touch.

Crockett is not aiming for edgy but neither is he slick, overly smooth or worse, commercially motivated. Even when the songs describe the titular hard times, his affable approach makes them go down easy and, like the best performers, leaves you wanting more.

Crockett gives the impression of “the man that time forgot,” although his aw-shucks style and easygoing manner help make his music unforgettable. 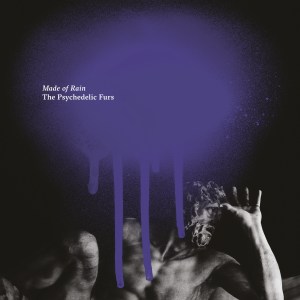 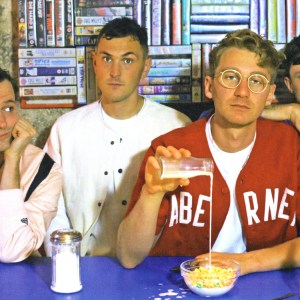