Chase Wright could have spent his four years of college focusing on how his economics degree could soon land him in a cubicle at some Fortune 500 company pulling in major bucks.

But instead, he bought himself a guitar.

“College is a great time to try things, because really, there is no risk,” the 24-year-old with the rugged good looks says with a slight laugh, to American Songwriter.  “You’ve got four years to dive in to do whatever you want. And to be honest, Sam Hunt’s story really motivated me.” Hunt, as many may remember, pivoted in 2008 from a possible NFL football career after college in favor of a career as a singer/songwriter in Music City.

“I mean, I did not know how to play guitar before college and I never sang in public,” Wright remembers. “In high school, I had always worried about people making fun of me for singing. So, I started out playing the guitar and learning songs like John Legend’s “All of Me” and Sam Hunt’s “Vandalizer,” which helped me cut through all of that insecurity that I was wrestling with.”

In May of 2019, Wright graduated from DePauw University and just a few weeks later, he moved to Nashville. And these days, Wright finds himself living a life that he once couldn’t even envision.

“I always knew I had the ability to write,” he says quietly. “I just never had the chance to show it.”

And now, in a world dealing with a pandemic that certainly put the brakes on anything resembling romance, there is Chase Wright and his new song “Drive,” a song that he actually wrote two years before graduation.

“Growing up in small town Indiana, there really wasn’t much to do, so our biggest pastime growing up was just driving around,” remembers Wright, who only had written three or four songs before coming to Nashville.  “So, when I walked into that writing room as still, a pretty young new writer, I had that idea of just jumping in the car and driving.”

A sweet yet somewhat seductive melody that harkens back to a time when social distancing wasn’t an actual thing, “Drive” ended up being the first song that Wright co-wrote in Nashville alongside Hunter Phelps and Will Bundy.

“We had a cool ¾ melody, but we didn’t have any words,” says Wright, who has received much attention via covers such as Tate McRae’s “You Broke Me First” and Justin Bieber’s “Lonely,” along with performances of his original work on TikTok.  “But then Hunter (Phelps) mentioned taking a trip down memory lane, but we didn’t just want to write another driving around, trip down memory lane sort of story. We wanted to get descriptive and colorful with it.”

And colorful is the music video for “Drive,” which kicks off featuring Wright as he saunters in driving a bright red Ford Mustang convertible with a down home look that harkens back to his strong Midwestern roots.

“I think my Midwestern work ethic is ultimately going to help me distinguish myself,” proclaims Wright, who has snagged over 14 million streams since his first release “My Kinda Morning” six months ago. “I ran track for 10 years, and I can tell you that I was not the most talented.  I just worked harder than other people. And I think the same is going to go with my music. It’s so hard to cut through the noise, but I think working hard and showing your passion through your work ethic is going to make a difference.”

And along with that work ethic will certainly come confidence.

“It’s all about creating music I love rather than just playing into what I think people would want to hear,” he concludes. “I’m listening to pop and throwback and soul playlists lately, and I think all of those influences are sort of evident in the songs I’m writing. Creating music I love is what changed.” 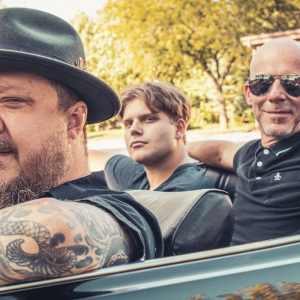 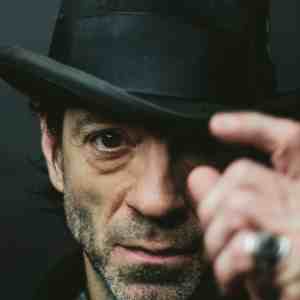