Chingy, born Howard Bailey Jr., is a rapper and hip-hop artist with an uncanny ability to catch rhymes. Ever since his debut studio album, Jackpot in 2003, which included the smash hit “Right Thurr,” he’s been soundtracking his experiences in a series of feel-good verses. But, after dropping four more hit-laden records, the artist hasn’t released another full-length since his 2010 Success & Failure album. Until now, that is.

On August 26, Chingy dropped the no-nonsense, snappy single “Can’t Blame Me” ahead of a new musical project penned by the artist.

“It’s been a while since I’ve put out new music and even longer since I’ve released an album, so I can’t wait to release my upcoming project, ‘Chinglish,'” Chingy tells American Songwriter. “I wanted to make sure this album was exactly what I wanted the world to hear and I feel confident that it’s more than ready now. This first single, ‘Can’t Blame Me’ highlights the trials and tribulations I’ve faced in the industry and what I’ve learned along the way.”

Written by Chingy and produced by Fresco Kane (real name Greg Lawary), “Can’t Blame Me” is reminiscent of his earlier hits (just check out “Holidae In” featuring Snoop Dogg and Ludacris and “One Call Away” featuring J-Weav if you want a quick refresh). But “Can’t Blame Me” features a new confidence from the St. Louis, Missouri-hailing artist. He refuses to pull any punches on the track as he shares some of his many adventures and obstacles faced in the industry.

Wanna blame me
I’m good, just stay up out my mix
You can’t blame me
For holdin’ it down, keeping shit lit, Chingy raps on the track.

And as usual, it’s Chingy on top in the end. Check out the music video for “Can’t Blame Me” by Chingy below. 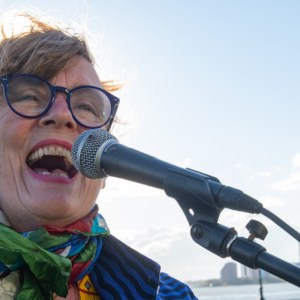