Calling from his home in Somerset, England, Chris Jagger is still gratified thinking about what he’s managed to accomplish in a two-year span: he completed a memoir and a new album. As he pieced together his book, Talking to Myself—detailing his upbringing in England with older brother Mick Jagger and his journey through the arts and all its characters—the music that would accompany the timeline of his story was destined, beginning with a song of the same name. Struggling for words to the other songs that would follow, Jagger began referencing the 19th century English poet Thomas Beddoes, including his 1825 book of abstract plays “Death’s Jest Book” and other works for inspiration.

All the infinite jest of Beddoes gave Jagger enough prose to frame his upcoming album Mixing Up the Medicine.

“I had a bit of a writer’s block, so I thought it was interesting to use someone else’s view, interpret it myself, and put it in a different context,” says Jagger. “He was a bit of a failed poet and I thought, ‘He needs a bit of recognition, 100 years later. You bring someone to life by breathing something into it and that’s sometimes the job of a writer. A writer is more like a conduit as much as anything.”

Working with childhood friend, longtime collaborator, and bandmate Charlie Hart, who contributed piano and bass, Jagger tapped into more jazzy elements on “Talking to Myself,” while the pair were on a deep Mose Allison kick.

A follow up to previous singles “Loves Horn,” “Merry Go Round,” and the piano-led ballad “Hey Brother,”—with a video showcasing old photos of him and his brother Mick—on “Talking to Myself,” Jagger also weaved in elements of writing the book, singing I’m writing it a page at a time / Revising the lines and the folks that define the memories and recollections inside… stories of the tales of how I was made and the troubles I raised / and the good times we had and how I nearly went mad / The music and the places and all that jazz.

Recorded at Hart’s home studio in London with Les Morgan on drums, “Talking to Myself” is a jazzy recount of reminisces of times and places past.

“We worked comprehensively, and quite hard on those arrangements to develop the potential of the songs, in a rather old-fashioned way, because there were no machines,” shares Jagger of his sessions with Hart. “I’m really quite pleased with the arrangements. We covered a lot of ground, especially with the jazzier things, because I’m not really that conversant in it, but it’s fun being a musician, to stretch yourself and do something different. If I kept doing the same thing all the time, it’s pretty tedious.”

Mixing Up the Medicine showcases all the many musical faces of Chris Jagger and his childhood friend Hart, and their assorted “band of brothers” (musicians), including drummer Dylan Howe, Olly Blanchflower on double bass, and producer John Porter (BB King, Elvis Costello, The Smiths). “Like most of my albums, it’s a bit of a mishmash,” says Jagger, “So that’s why I called it Mixing Up the Medicines.”

An amalgamation of thoughts, reminisces, and more theatrical scenarios, Mixing Up the Medicine is a fitting sequel to Jagger’s memoir, Talking to Myself, which he dedicated to his mother Eva. A recollection of music memories, growing up in post-war Dartford, the color and tales of an underground London in the ’60s, and shared moments with other artists that have never been told, Talking to Myself also moves through the artist’s traipses through theater, film and production, clothing design, and circles back to the music, from his debut You Know the Name But Not the Face in 1973.

Beginning to write the memoir in 2019, Jagger says the process was a lot more difficult than he expected since he did not use a ghostwriter. He intentionally wanted to break from touring and making music but once he began writing “Talking to Myself,” sending voice memos to Hart in London, more songs began flooding in, and everything was recorded by the end of that year before he even finished the book.

“This is the most collaborative album I did with Charlie, because we really worked in stillness, quite tightly together,” says Jagger of the writing and recording process.

He adds, “It’s not that difficult to come up with an idea for a song. That’s the basis. That’s the kernel of the song, but in itself, it’s not enough. So what you’ve got to do is work that idea to its full potential.” 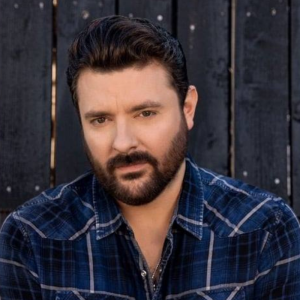 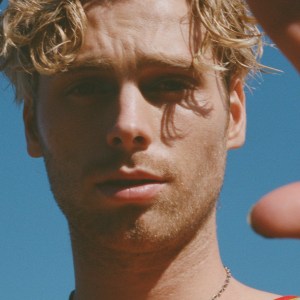