Back in September, Christian French Tweeted a photo of himself standing in front of a rainbow neon sign that was positioned behind his head like a crown–or like the “awareness headdress” donned by comedian Kate Berlant in an especially wacky installment of Netflix’s The Characters. But I only mention that Tweet because of its caption: “good things take time.”

Indeed, good things do take time. Today–seven months later–French announces a new EP of the same name and drops “i think too much,” a feel-good take on self-doubt that sees the LA alt-pop artist working hard to check his negative thoughts.

“Sometimes I think I think too much / Can’t stop my thoughts come all at once,” French sings in the chorus. For a track about overthinking, it’s surprisingly upbeat with a bouncing melody. If anything, the song feels like an antidote to the tendencies that inspired it.

“The reality now is staying inside and trying to be productive within the boundaries of your own house,” the Indiana-born artist tells American Songwriter. “With this, we’re all spending more time with ourselves than ever before, and more often than not, when you’re by yourself, you think a lot more. Some of this thinking can be productive, but there’s also a lot of over-analyzing and deconstructive criticism that goes on inside our heads if we don’t keep it in check. I want this song to be kind of an ‘awareness check’ and a reminder to not let the negativity and noise totally control your attention. Focus on feeling more.”

“i think too much” follows French’s latest singles “crowded room” and “time of our lives.” All three tracks will appear on good things take time, which comes after French’s 2018 natural colors EP and his 2019 bright side of the moon EP. The artist was planning to continue the second part of his Bright Side of the Moon Tour this spring until large gatherings were cancelled due to coronavirus.

Despite the changes to French’s touring schedule, he’s still hoping to connect with fans through virtual performances–including a livestream on American Songwriter’s Instagram next Thursday, April 23. For French, bringing joy to fans remains a top priority.

“What makes me the happiest is just messages about the positive impact that I’ve had on people’s lives,” French said in an interview last June. “People have just said that my music makes them feel a certain way and really brightens their day up. Honestly, that’s all I could ask for. For my music career, I’m focused on spreading positivity and love and just hearing people be positive and just provoking more love out of them, is all I could ever ask. That’s all I could ever really want. It doesn’t matter that I become some huge superstar, as long as I am just impacting people’s lives in a positive way.”

But French might not have to choose becoming a huge superstar and impacting people’s lives in a positive way–with “i think too much,” he seems poised to do both.

“i think too much” is out now via Disruptor Records/RCA Records. good things take time arrives this summer. 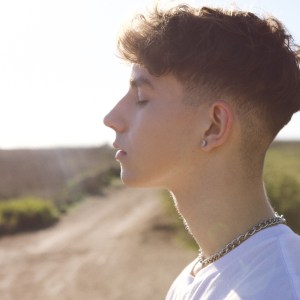 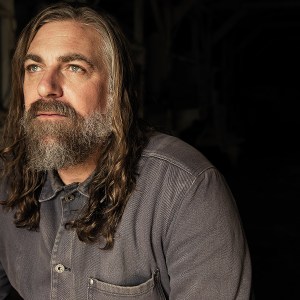