Christy Lynn hails from the small town mountain of Anza in southern California. She grew up singing country music in the back of her dad’s truck during the 45-minute drive down the hill to the local grocery store.

Ryan Schilling exquisite talents lie in his groovy guitar playing and his adept technical skill at capturing the rich texture of their music, all using analog recording equipment.

Together since 2011, Christy Lynn and Ryan are a powerful musical combination, simply making music under the Christy Lynn Band moniker. Today the pair are self-releasing their new album Sweetheart of the Radio and are giving readers of American Songwriter an exclusive track-by-track of their work, in their own words.

I’m notoriously late. One morning it was about time to leave for work, and Ryan shouted “Checkin in!” I ran to the nearest notebook and wrote the whole song in 10 minutes. The quickest I’ve ever written a song. And, of course I showed up late for work.

In the Bar Again

When you’re sick of meaningless conversations, with problemless people, at your pointless job. When you think you may be clinically insane, because you find yourself doing the same thing over and over again, and expecting a different result. This is where you’ll find yourself, In the Bar Again. This song is a celebration of being content at rock bottom.

Sweetheart of the Radio

I am not naturally drawn to the spotlight. I’ve also never been “cool”. No one would want to come to my show or buy my album. But the Sweetheart of the Radio, shes a bad ass, she might just sell albums. I wrote this song about a radio starlet in the 50s, who is adored by everyone but lives a lonely life. A life that I admire.

When people ask me “what do you do” I hold back. I don’t want to hear what comes next. “Good luck, I hope you hit the big time.” This song dives into the elusive expectations, the constant rejection, and the deep unhealthy love we have for what we do as musicians.

I was listening to an old country record, and I thought the singer sang the line heartache to hide. I thought “damn, I wish I had thought of that.” I dropped the needle a couple grooves back to hear it again. Lucky for me, I had misheard what she said. The line was mine.

This is one of the first songs we wrote as Christy Lynn Band. It was becoming the worn out old hag of the set. Then we recorded it, and Nate Pusateri brought it back to life with those drum rolls in the second verse.

Goodbye on My Mind

Our good friend, Will Garrison sat in on our last day of recording the album. While recording Goodbye on my Mind, he had me tense up, and clench my fists while singing the verses, then relax and open my arms wide when the chorus came in. Giving the chorus the free feeling it needed to support the lyrics. Can you hear it?

I’m Stubborn, and can have trouble admitting when I’m wrong, and letting things go. Ryan and I went to seperate rooms to write Honey Im Wrong. When finished, we compared lyrics. Two lines into his song and I was in tears. We didn’t need to read mine.

Hang Man pays homage to the classic country stars that influenced us, with a modern twist that pulls you out of the 50s in the chorus. It’s a super fun song about being hung.

Aint Nobody on the Road

I have spent most of the last 10 years driving down the highway, with Ryan by my side. This song gives us the feeling that we are driving down I 40 from Arizona to New Mexico. The suns going down and the air has cooled off. Ryan and I enjoying the radio and the breeze. With 4 hours left to drive.

Anza California will forever hold my heart, while simultaneously breaking it. Santa Anna Winds was written at my childhood home there, sitting in the yard in the dirt with the red ants.
Lets Get Drunk

We asked all of our friends reasons why they would get drunk with their lovers. This is what they said. 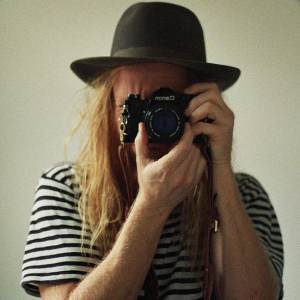 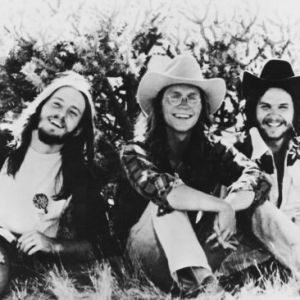