Aussie singer/songwriter Stu Larsen got his heart broken and on this, his third album, he’s detailing the experience.

“Heard it before,” you may say and you’d be right. The breakup album might be the most common of singer/songwriter fare. But it’s all down to the execution and Larsen, with his boyish voice and breezy tone, brings his busted romance home. And who hasn’t felt the sting of realizing “Babe, how did we get here?/How did it end up so bad?…I thought we both knew what we had,” as he sings on “Wires Crossed” over a bittersweet acoustic guitar driven melody. He’s confused about the sudden loss of his partner as he confides “I thought my heart had found a home/But it was out of control….tell me where did it go wrong?” on the tearful “My Love My Love” and the lovely understated strings with gently pulsating percussion that underscore the tune amplify that.

The gentle “The Loudest Voice,” finds Larson admitting “I know I speak so softly/But I never wanted to be the loudest voice” and that translates to the songs on this, and to a large part, Larsen’s two previous releases. There is a pure, natural quality to his music that feels as if he’s singing to you alone. It’s capturing that private sense of introspection that keeps these charming, often tender but never cloying tunes from sinking under their own sorrowful weight.

On the contrary, Larsen seems to be opening himself to you, his new best friend, especially on the sorrowful but beautiful, string enhanced ballad “Wide Awake and Dreaming,” sounding somewhat like early Paul Simon. Even though the opening tracks, especially the strummy, folk pop, Paul Kelly-styled “Hurricane,” are sprightly, the album eases into a more pensive mood as it progresses.

Although Larsen’s damaged emotions are slathered over these eleven tracks, he never devolves into simplistic cliché. That’s pretty remarkable considering the subject matter and it makes Marigold one of the better, most honest and unaffected breakup sets you’ll likely hear this side of Jackson Browne’s most wounded material.

You don’t even need to have your heart broken to enjoy it. 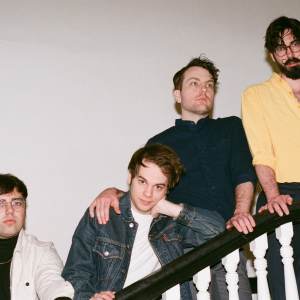 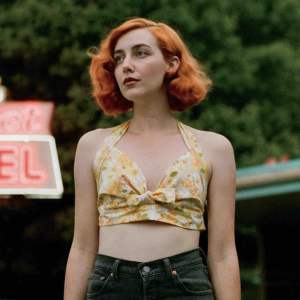