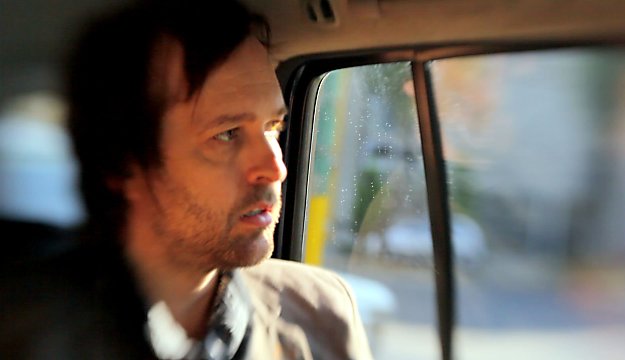 For his latest album Temple Beautiful, Americana artist Chuck Prophet drew inspiration from the same city that drew in the Beat poets and helped spawn the psychedelic rock scene. We asked Prophet about his approach to songwriting, teaming up with Alejandro Escovedo, earning high praise from Steven Van Zandt and more.

It’s not any one thing that makes it an awesome place. It’s a wild ride. A great drug even. One hit and it’s over. That first hit is a killer that makes you want to live forever. This town is a wellspring of inspiration. You can find it in the cracks of the sidewalks, the library, the streetcars … you need a second unit just to capture it all. It’s not quite the city that never sleeps. Maybe it’s the city that’s been known to rest it’s eyes from time to time, but hell, I Iove it — it’s broken my heart many times but still it’s somehow never let me down.

What are some other cities that inspire you musically or are good to play and hear music in?

I love Mexico City. The place is really old. I mean really really old. But on another level it’s going through a rebirth. Now that the MTV filters are off people are tapping into the Internet to find whatever weird culture they might identify with. It’s an energized time down there right now. A city of 27 million contradictions rubbing up against each other.

You had your record release party on a bus. How’d that go?

It was too much fun. They wouldn’t let me on it. All these years driving in a van and I got left off the bus. So me and Stephanie drove up to Twin Peaks where we knew they are headed and hijacked the whole bus. Pirate like. It was a blast.

What was the experience of co-writing with Alejandro Escovedo for his album Real Animal like? How did that come about?

He took me under his wing a few years ago. Gave me a couple suits out of his closet in fact. It was one of the happiest times of my life when we were writing that record. Alejandro is easy company. We’re good at hanging out. If you put us in a room it’s like touching two wires together. We never run out of things to talk about. Al’s a stylist. And there’s no middle brow with Al. He’ll be wearing $800.00 shoes from Paris and at the same time he’s got a near encyclopedic knowledge of the Stooges. So, the songs can be real simple. One or two chords even. But elegant at the same time. He’s not afraid to get in the gutter but has a love for strings. So it’s in the gutter but regal too somehow. I don’t know if I’m making any sense here.

What’s the last song you wrote or started writing? Tell us about it.

I don’t even know. I’d have to sit down and think about that. They come in spurts. And some songs, they’re never really finished. Abandoned more like.

Who are some of the artists that inspired you to start writing songs?

The records that were in the air when I was growing up. The radio. Seeing new bands and realizing that they were writing their own songs – making up their own stuff. Just that yearning feeling to write I guess. I mean, I don’t know for sure. I thought at one point I wanted to be a journalist. I went to college and studied it for about three hours. It’s a buzz writing a decent song. And I guess that’s part of it. Just chasing that buzz.

Ah, that changes. Maybe “The Left Hand and the Right Hand” off the new record. Playing it live I realized that there’s a kind of clever key change buried in there, I barely notice it myself when it goes by. I like those kind of “My Girl” key changes that come out of a bridge. Always wanted to do that.

Maybe there’s a lyric I’m proud of having taken out? “Play that Song again isn’t my favorite song or lyric.” But it leads off the record. The song got cast aside; was leaking like crazy, anything but seaworthy. We weren’t ready to give up on the song. It was the opening scene of the movie. So we got obsessed with it. It was hard to imagine the record without it. I played it for Shayde Sartin from The Fresh and Onlys. (For a few hours there, he was the producer of this record.) Shayde thought the words “San Francisco” in the chorus were gratuitous. So, point taken. We took out the words “San Francisco” and it got better. And I guess it was worth the fight.

Here’s a verse that fell off the truck on the way to the studio:

Little Steven picked “Temple Beautiful” for his “Coolest Song In The World” on his radio program. Tell us a bit about the song.

It’s a cool song. A total honor. In my sliver of the world, that’s like a hit single. So, I’m loving it. Me and the band listen to Little Steven’s Underground Garage in the van. So in a way, we feel like we’ve gotten to know the guy. That made it all that much cooler.

Don’t really have one. No typical approach. I was thinking about how sometimes Alejandro and I will play guitars and just sit on a riff like 96 tears – maybe crank a drum machine through a guitar amp. And just start shouting ourselves raw. Maybe even record it and listen back. Something always seems to emerge. There’s a million ways to approach songwriting. They’re all good.

I will say that sharing your dreams is not always as interesting as you might think. It’s right up there with talking about real estate. Of course, my thoughts on that could change tomorrow, but not likely. I wrote this LP with klipschutz. We like to keep some kind of schedule. And that really worked for us. I’m really proud of the batch of songs we came up with for Temple Beautiful. Now there’s been some interest in turning it into a musical. That could work! But no, I don’t have any one method. And certainly wasn’t thinking that these songs could be morphed into a musical.

Cable TV. Love it and hate it. I don’t know, hate is a strong word, don’t you think?

Who do you consider to be an underrated songwriter?

Alice Cooper. I know that Bob Dylan agrees with me on that one. There’s a couple songwriters from the last couple of years I get envious of. Eddy Argos from Art Brut and Ezra Fuhrman. Others too. Let me come back to that.

What’s the perfect song to you, and why?

Smokey Robinson has written a few of them. What’s that song, there’s nothing funnier than the tears of a clown? That’s a tough one. Tough question. If I say one song I leave a million out. I do like a good song. And I love a great record where it all comes together. There’s a James Bronw version of “Georgia on My Mind” I have on a mix tape that I heard this AM. Boy, that track; it’s got it all. Don Williams’ “I Believe In Love.” There’s a great song. 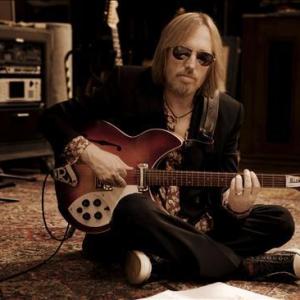