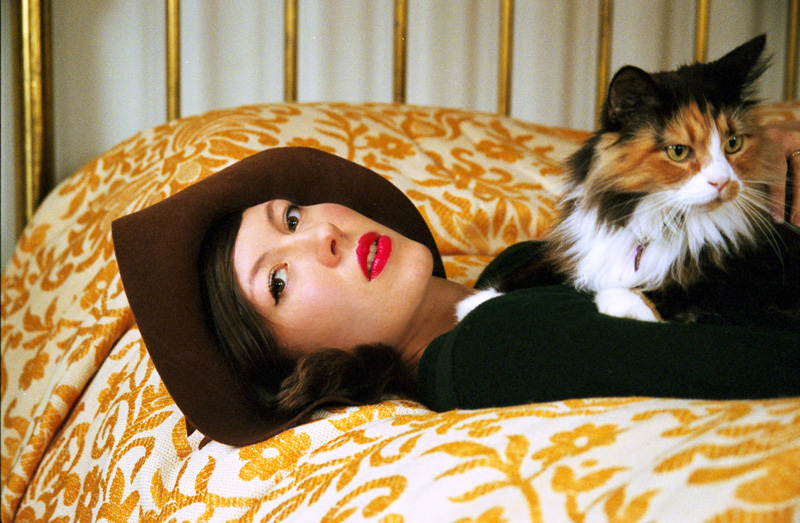 “I have had a lifetime of folks mispronouncing my name,” says Alela Diane… and so she put it in a song. The Portland, Oregon singer-songwriter leads a band that includes her husband, Tom, and her Dad, also named Tom. We asked Diane, who was recently handpicked to open for Fleet Foxes, about her new album, Alela Diane and Wild Divine, and life on the road with her musical family.

How did you end up with your Dad and your husband in the band? What’s that like?

Both Tom, my husband, and Tom, my dad have been around since I began my music career. My dad produced the first two records, and is a great guitar player. In the beginning, he’d come along for gigs here and there, and then it got to the point where he was always performing with me, and in the band.

As far as my husband, he’s also a guitar player, and he originally played the bass with us, more because I wanted him around than for his bass ability. Now he plays guitar in the band which he is a lot happier about, and has been co-writing a number of songs with me. It’s important to keep my loved ones close by, and in our case, that means they have to come on tour. It’s so nice to have my family with me out there, it’s a rough road, and I can’t imagine being surrounded by anyone else.

How do you and your husband write songs? Are there ever any disagreements?

I write the lyrics beforehand in most cases, and he comes up with the chord progressions. Usually the melody comes to me and he changes what he’s playing accordingly, or I suggest something… it usually works out. Sometimes we have to take five to cool down if one of us suggests a change that the other is not quite on board with. We compromise until it seems like the song is where it needs to be, and sometimes, of course, that can be a little frustrating.

Who are your major lyrical influences?

I’m not a very literary person, I rarely read books or poetry, and so it would be difficult for me to pinpoint a person as a lyrical influence… My words come from elsewhere.

I write about places I’ve been, people I met, the past, day to day life, death, stories passed along, and visions I’ve had in dreams… A song always creeps out of the woodwork somehow, and I can usually feel it coming. I never know when the moment will come, but it often times it’s when I have a bunch of other things to do. I’ll pick up the guitar and will suddenly be in the midst of creating a song.

It certainly has. In the beginning I wrote songs very quickly, I’d scrawl them out and they’d be just that. Now I tend to work with and change a song again and again until I feel like it is where it needs to be. I write most of my lyrics first now, whereas in the past, I’d do both simultaneously. I also began using the piano as a tool to write with, I find it easier to navigate than the guitar when looking for certain notes or feelings.

What’s a song on Alela Diane and Wild Divine you really want people to hear, and why?

“Suzanne,” because I name drop myself, saying “La di da, Alela (Ah-leeee-lah)” – and I have had a lifetime of folks mispronouncing my name. That song sets the record straight, once and for all.

I use the word “gold” maybe a little too often, but I am from a gold-mining town (Nevada City), so that is my excuse… It describes a lot of different things, in a beautiful way.

These days, I’m words first. It’s mostly because I write while on the road in the backseat of a van, and that setting doesn’t really lend itself to breaking out the guitar and trying to make up a melody. Once I have the words, the rest of the song follows more gracefully.

I revise the songs until they become who they want to be. Occasionally that happens very quickly, and not much revising happens, oftentimes though, there’s a part to a song that just needs a little bit of coaxing and negotiating.

Michael Hurley. I love his songs, but he’s spent his life very under the radar, so not many people have had the opportunity to hear what he does.

I think that “Jolene” by Dolly Parton is a song that I’d feel very proud of, had I written it. 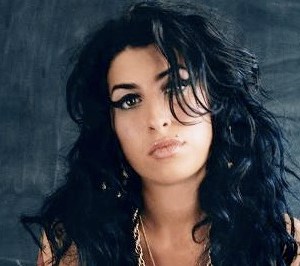 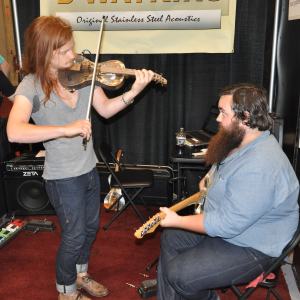