Saying a song or album is honest sounds like a straightforward descriptor. In reality though, there’s a range to the honesty found in music. While genres like folk and hip-hop are often known for their uninhibited use of words and a less intense concern for perfect rhyme scheme to tell a story, chorus-driven pop and rhythm-oriented punk songs don’t always have the liberty of including uncommon lyrics or verses written with detail rather than compact catchiness in mind.

Then a band like City Mouth comes along and shows that it’s possible to have honest, conceptually complex cake and eat it too. The Evergreen Park, IL indie pop-punk band (Matt Pow, Vocals; Ryan Kress, Guitar; Evan Opitz, Bass; Jessica Burdeaux, Drums) is releasing its debut full-length, Coping Machine, following the success of a 2018 EP, Hollows, which got the attention of Take This to Heart Records and resulted in a signing not long after. Though Coping Machine is technically a first of sorts, City Mouth has been working its way toward this culmination through several singles, EPs, stylistic discernments, and most importantly, ever-evolving real life experiences.

The record’s 10 tracks fuse magnetically memorable choruses and hooks with narratives distinctly lacking in cliché turns-of-phrase. There’s no doubt opting for words with wider rhyming potential and flexibility of sentiment would have made it easier for lead singer and songwriter Matt Pow to string together verses. Still, that approach likely would have watered down the striking level of articulation that suits Coping Machine’s intimate disclosures.

This isn’t to say Coping Machine vehemently rebuffs conventions of pop structure or lyrical writing. In fact, many of the songs do unfold with classic ABAB  (“Coping Machine”) or AABB schemes (“Wednesday”). Yet, where the music takes some familiar routes, it gives pause in other ways. Opening track “Sinking,” which begins with a series of finger snaps expanded with cascading reverberations to the point of sounding like splash cymbals, seems primed to offer something with matching beauty and appeal, only for Pow to lash out with a verse that is anything but perhaps equally surprising:

Coping Machine’s introductory truth is more than just honest: it’s unyieldingly barbarous, which isn’t something one would necessarily expect from City Mouth, given the brightly-colored, quirky, creative nature of the band’s work leading up to this point. “Sanity,” which follows “Sinking” on the album but preceded its debut by nearly a year when the band released the former track last June, channeled a video game music video narrative, in a rainbow light-flooded arcade that looked as upbeat as song’s chorus-propelled opening sounded.

Pow’s vocals, which start out compressed and filtered to feel confined, are placed atop sustained synth keys. The latter’s chord progression not only builds musical tension but gradually gets louder before the full band falls in and the filtered sound stage bursts open with the first verse. From then on, it’s like listeners are being shown a flashback of how the both the music and the story went from bright and open, to stifled and small.

The contrast between these two songs really underlines how City Mouth can approach a single emotional sentiment but cultivate drastically different results with how shockingly or smoothly the intended emotions are received. In both, there’s clear despondence and internal struggle, as well as an immediate element of cleanly produced tone that creates anticipation for vibrant and catchy music. However, “Sinking” doesn’t have the same kind of full band bursting release until more than two verses have gone by. It’s a shining example of City Mouth’s leaning into emo-pop. Meanwhile, the titular third track takes depressive struggle in a yet another direction with “Coping Machine’s” almost-apathetic vocal start, which lays out a situation that uncomfortably resembles a bout with depression.

Interestingly, as much as Coping Machine’s tonal vibrance, assertive drum beats, and increasingly energetic full band choruses have given City Mouth more stylistic consistency and a tightened sonic signature, the album does embrace other artistic choices outside those main attributes. A big way this comes through is in the drumming of Jessica Burdeaux. While mostly known for her hefty tom grooves and an active kick drum, Burdeaux’s sheer power is swapped for agility on songs like “For a Second” and “Parking Lot,” where nimble but noticeable drum machine taps punctuate the songs’ melodies with timbre over dynamics. This element, combined with aspects like the splashy snaps that recur in  “(｡♥‿♥｡)” (Heart Eyes), and even an a capella style drum groove performed throughout “Drifting Blue,” show that though City Mouth is looking to solidify its sound, that isn’t to be equated with a decision to affix itself to the stereotypical characteristics of a preferred set of genres.

Then, even as the album closes with longest track, “If You’re Not,” short term throwbacks and long term nostalgia within it really sum up City Mouth’s journey thus far with a neat and tidy bow. Chords played out on an organ with nothing else but wistfully sung vocals and a downbeat-centric drum pattern, return listeners to the melancholy energy of the title track, while also seeming to give the smallest of instrumental nods to Hollows, which dealt heavily with inner conflict around a Catholic upbringing. The track’s outro then brings the music back to City Mouth’s present but ties together the whole record with a subtle reprisal of “Coping Machine’s” closing melody.

Coping Machine is a masterful musical work that sincerely deserves to be described as earnestly effortless. It’s as simple to sing along with from front to back as it is impressively complicated with how many subtleties it weaves – conceptual, symbolic, lyrical, melodic – connecting each of the songs. Ultimately, for an LP that runs an old fashioned 37 minutes, Coping Machine is loaded with replay value big and small that will help listeners cope with all kinds of days: from those teeming with energy, to longer rough patches contending with isolation. 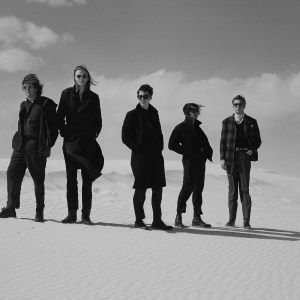 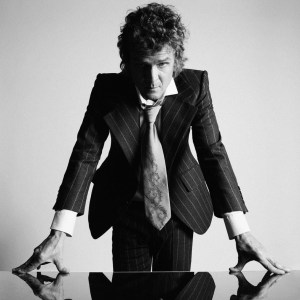