Contrary to what one might suspect upon hearing the title of Clint Black’s new album, Out of Sane is not a commentary on the current state of our union. Black covers that territory with the intentionally uplifting track, “America (Still in Love with You),” written just before the nation went on sick leave and released a month before its citizens insisted a change was gonna come.

Actually, Out of Sane, lifted from a lyric in the song “What I Knew Then,” describes a far more personal state — or maybe a line, one so many artists walk: that tightrope between genius and madness.

For Black, who cowrote all but one of the album’s 12 tracks, then arranged, performed, produced and tweaked every one, the process starts out rationally enough. But once the obsessive finessing begins and exhaustion sets in, he says, “I feel like Jackson Pollock; I’m just crazy.”

Though his album is hardly a sonic equivalent to the troubled painter’s frenzied abstract expressionism, Black’s self-comparison to the late artist isn’t that farfetched.

“I become really a different person until it’s finally finished and the music in my head stops,” Black explains. “It’s weeks of just torturing the last bits out of the process until I finally say I can’t make this any better, and it’s finished. And then it’s like flipping a switch, and it all stops.”

As for the five-year gap between his last studio album, On Purpose, and this one, Black cracks, “That’s how long it takes to forget how sleep-deprived I am.”

But his ability to multi-task during recording pays big dividends, particularly when it comes to making in-the-moment calls such as telling the band to lean into whatever groove it’s got going. On Out of Sane, several songs shift into instrumental jams before fading out — a once-common album element that’s become all too rare.

“When you feel like playing more, it’s probably because there’s still some meat to chew on there,” Black says. “These musicians are geniuses; when they’re having fun and just really inspired to play something, my guess is that most music fans would be interested in that.”

When “these musicians” include too many top-tier jazz, Latin, rock and country session legends to name here, in addition to longtime bandmates Jake Willemain, Dick Gay and Hayden Nicholas (his collaborator since their pre-fame Houston days, who cowrote six songs), he’s absolutely right.

Even in tighter verse-chorus-verse structures, unexpected embellishments appear, such as the Allman-style twinned guitars Black drops like an aural photobomb behind the Kenny Loggins-ready melody of “A Beautiful Day.” (In case any inquiring minds are wondering, the mid-tempo twanger, a happy, head-for-the-high-notes ode to love cowritten by Steve Wariner, was not inspired by Mister Rogers, though Black loved the Tom Hanks movie.)

Black’s electric, acoustic and slide guitar playing shine throughout, enhancing his supple baritone vocals. Those talents, combined with his songwriting and RCA’s promotional muscle, helped make him a star almost the minute he released his 1989 debut, Killin’ Time. Riding a new wave of country popularity, four consecutive songs catapulted to No. 1 on Billboard’s Hot Country Songs chart; another hit No. 3. The album went triple-platinum, earned him five Academy of Country Music awards including Album and Single of the Year and Top Male Vocalist, and launched a dozen years of No. 1 and top-10 hits, awards, acting gigs and over 20 million album sales.

Black took a three-year break from music when he and wife, Lisa Hartman, had their daughter, Lily, in 2001, then left RCA to start his own label. He released three albums before shuttering it in 2008; On Purpose, which reached No. 13 on Billboard’s Country Albums Chart, and Out of Sane, released June 19, are on Black top Records via Thirty Tigers.

Wariner, another longtime collaborator, cowrote three other Out of Sane tracks, including “America,” Black’s reminder that, despite our differences, we still have much in common.

Black shares a writing credit with another sometime collaborator, Marty Stuart, on the snaky “Down to It.” But one of the album’s most intriguing tracks is its lone cover: “Everybody’s Talkin’.”

Grammy Hall of Fame song is often attributed to Harry Nilsson, who also won a Grammy for his rendition — which went from obscurity to hit as the theme song for the Jon Voight film Midnight Cowboy. But the writer was Fred Neil; Black says he mined a vein similar to Jimmy Webb’s “Gentle on My Mind.” Ironically, Black, whose voice carries echoes of Glen Campbell’s on this percussive version, had no idea Campbell had recorded the tune in 2012.

But he’s not surprised at the comparison.

“I feel different people channeling through me,” Black says. “I used to be a pretty good mimic of a lot of different artists. Fans’ve all heard me do my Willie impression … but I could do Neil Young and Fogelberg, Michael McDonald, Jim Croce, and I think I get pretty close to the mark. … But here I was just trying to be me, and still, those people come out.”

He’d be happy to bring them along on tour, if only he could. Just before discussing his new work, Black was scheduled to make his first appearance in 21 years at Nashville’s beloved Ryman Auditorium, where he would have sung “This Old House,” an ode he’d written to the mother church of country music before recording Killin’ Time. Black finally released it on 1919’s Still Killin’ Time, his 30th-anniversary celebration of the original that included live versions of its four No. 1 hits and their No. 3 neighbor, along with three other live tracks and another studio-recorded, previously unreleased song written in the ‘80s.

“I just want to get back out on the road and play shows, and I hope it’ll be safe to do that soon,” he says. “There’s a lot of people really depending on it.” He’s hoping to rev up the ol’ tour bus engine in August. In the meantime, he’s working to arrange a writing session with Americana bluesman Keb’ Mo’ and schooling himself, via YouTube, on the finer points of self-producing Facebook Live and other virtual-platform events.

“The first one was a little rough,” he admits. “I was like the guy on ‘Ed Sullivan’ spinning plates … but it was still fun. And we had 57,000 people watching.”

Like most applause-trained performers, Black notes it’s a bit strange to hear nothing after a song — which is why viewers should not be surprised if a future stream features some off-the-wall attempt to fill the void. Black, an avid Monty Python fan who recorded the comedy team’s “The Galaxy Song” on his 1999 album D’lectrified and appeared in 2002’s The Rutles 2: Can’t Buy Me Lunch, mentions he’s considered inserting a Pythonish clip like the famous clapping Women’s Institute ladies.

Maybe he’ll trot out a Minnie Pearl bit when he and fellow country star Darius Rucker livestream a special Father’s Day Saturday Night Opry performance, tonight at 7 p.m. from Nashville’s Grand Ole Opry. They’ll play to an empty house, but hey, the Opry did start out as a radio show. Which means when Black stands on that unbroken center-stage circle and sings to computer viewers, he’ll be tapping right into its virtual roots.

And if some Python-like humor should happen to sprout, well, when it comes to going Out of Sane, who better to lead the way?

Regarding those artist impressions: Austin music journalist Kevin Curtin recently unearthed a cassette of what sounds like a young Clint Black doing his finest Jim Croce, Neil Young, Dan Fogelberg and Bob Seger imitations, along with fellow Texans Willie Nelson and Delbert McClinton (complete with harmonica). Labeled with Black’s name and a phone number, the cassette was part of a bulk purchase from a Goodwill liquidation center.

A listen to the audio makes a convincing enough argument that it is indeed the voice of a pre-fame singer who happened to be raised in Katy, Texas, outside of Houston, and whose rise to stardom was steered by Bill Ham, the Austin-based manager he shared with ZZ Top. Ham died in 2016; maybe it took his relatives a while to sort through what he left behind. Or maybe the tape sat in a drawer at some recently defunct club, or in an old acquaintance’s attic. Curtin reached out to Black’s manager for confirmation, but received no response. 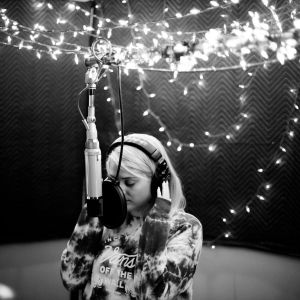 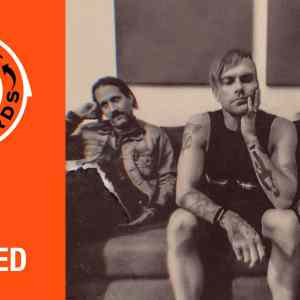