Death and loss cause intense grief and sadness for everyone, but sometimes it can encourage a beautiful song too.

Contemporary singer-songwriter Cobi premieres his single “Don’t’ Stop” today which touches on losing family and how it brought his wife and him closer, while he bred a deeper appreciation for her.  He explained how “Don’t Stop” is for her.

“I wrote ‘Don’t Stop’ at a pivotal time in my life,” Cobi told American Songwriter. “My father was passing away and my daughter Kaia had just been born. Losing someone you love is a frightening experience. It’s a wake-up call, letting you know that tomorrow is not guaranteed. I had never needed support more than I did during that time. That experience made my wife and I hold on to each other pretty tight. ‘Don’t Stop’ is dedicated to her for all of her understanding and compassion.”

Cobi expressed his love for his wife in the song with warming lyrics, heart-felt vocals and swimming piano.  Cobi starts off the song with graceful storytelling with verses like: ‘I get so lost/so lost inside myself sometimes/ but you’re no stranger to these back alleys of mine/you know where to look when I hide form the world/ you build me up and make me new/ you hold me close and then you tear me apart’. The eloquent verse lyrics are hoisted by the gospel choral themed vocals that accentuate the title phrase: ‘don’t stop/I need you in blood/ don’t stop/ I need you just because/just because/ I hope that I please you cause you know my body needs you/don’t stop/ I praise you for your love.’

Cobi is a graduate of Berklee College of Music and has gained significant performance experience in previously successful band Gentleman Hall.  The Boston-based band was signed to Island Def Jam Records and quickly received an MTV Video Music Award in 2009 for Best Breakout Artist, for the Boston region.  They also performed on the 2011 Billboard Music Awards stage.

After moving on from one band success he threw himself into another, with his solo work.  Cobi signed with 300 Entertainment and in 2016 he jumped on an international tour with British-trance group Above and Beyond, where he performed vocals.  He soon released a single titled “Don’t You Cry For Me” which spiked on many streaming platform playlists, including Spotify’s Viral 50 list and currently has millions of plays.  The Billboard premiered single “Prophet Story” followed and was also a success and providing Cobi with an appearance on The Tonight Show Starring Jimmy Fallon.  Cobi released his first EP in 2017 over two phases, Songs From The Ashes Pt. 1 and Pt. 2, which came in 2018.   And over the last six months Cobi has remained busy with the release of singles “Island In My Mind,” “No Way Out” and “Keep Climbing” in addition to being quarantined at home with his young daughter and wife. 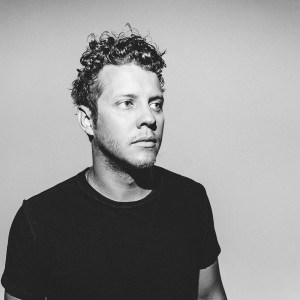 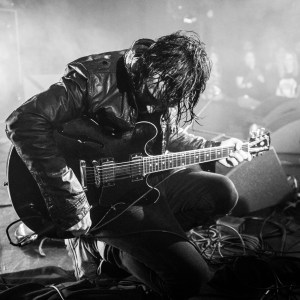