Writing film scores is the job of a craftsman. So believes Leo Birenberg, the man behind the scores of series like PEN15, Cobra Kai and the upcoming Jurassic World Camp Cretaceous. “There are similar techniques you will draw upon,” he tells American Songwriter. “Similar moments of dramatic problem solving that will appear in every project, whether it’s a superhero movie, an animated film, something sci-fi, or a hard-R comedy.”

Birenberg learnt this from his mentor, Christophe Beck, the noted Canadian score composer who won an Emmy for his work on Buffy the Vampire Slayer and has also worked on Angel and The Practice. “Chris was an amazing mentor because of how versatile he is. Any style, any genre, he not only can write a killer score, but really understands how to develop the story with music,” he says. “Chris taught me how to navigate those moments on every project, and once that is second nature, it frees you up to focus on giving each project its unique sound.”

Giving an existing franchise, with its own beloved score, a unique sound is a tricky task. Luckily, Birenberg has had plenty of experience in the last couple of years at doing that, having scored the Amazon Prime series Kung Fu Panda: The Paws of Destiny, the Karate Kid spin-off Cobra Kai and Jurassic World Camp Cretaceous, which is an animated sci-fi web TV series born from the hit 1993 movie, airing on Netflix from September 18. “Each one presents a different set of challenges, but I have definitely found some similarities,” says Birenberg. He believes its all about letting the feeling he wants to create lead. “I want my score to feel like it is a natural extension of the universe. That means identifying what people connect to emotionally about the original. Sometimes it’s not a melody, it might be a certain instrument or the way music is used.”

Birenberg is very specific about what he doesn’t want to do. “I don’t like to use the original material verbatim too much,” he says. “I hate playing fan service and using a theme just because it seems like that is what we are supposed to do. Instead, I want those moments where we do that to feel extra, extra special, so that when it happens, the audience is going to jump out of their seats and yell “yeehaw!” If I am doing my job right, the entire score will feel like a natural submersion into the story and world of the franchise, and will tee up those nods to the original perfectly.”

Working on new shows, like Central Park, Die Hart and PEN15 gives him the chance to play in a fresh sandbox. Currently on its second season, PEN15 is a unique teen comedy all of its own. It’s written by Anna Konkle and Maya Erskine, who play versions of themselves as thirteen year-old outkasts, surrounded, un-ironically, by actual thirteen year-olds, creating a surrealist experience as they navigate the emotions of being in the 7th grade. “On its surface, PEN15 is an incredibly unique show with unique performances,” says Birenberg. “But on an emotional level, none of that matters, and it’s my job to help the audience connect emotionally with Maya and Anna as 13-year-olds as they are navigating the pitfalls of junior high.”

The show already has a deep list of songs that provide a connection to the early 2000 era of the setting. To keep the sore from feeling confined to that period of time, Birenberg made the music sound very contemporary, recording in his studio with various synthesizers and percussion.

“In addition to that, Pen15 has a lot of musical set pieces, where the score is providing a backbone to a more stylized moment or sequence,” he says. “Frequently, we are nodding to sounds of classic Hollywood, which makes for a fun stylistic mashup,” he says. “What really makes PEN15 a blast for me is the exaggerated perspective of just how emotionally exciting or distressing very mundane things can be during adolescence, and so a lot of these big music moments are cinematic explorations of that.”

No matter whether the story he’s trying to score is from new material or a tale already well-known, Birenberg always looks to the story itself to guide him. “It’s important to keep sight of what music is best at: it can provide an emotional response from the audience, it can play with the perception of time, and it can thematically telegraph story beats to the audience. So I’m always looking for moments where I can provide those things.” 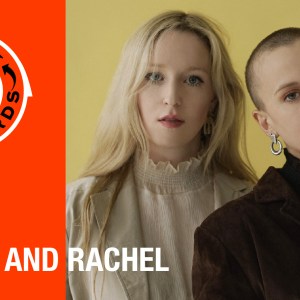 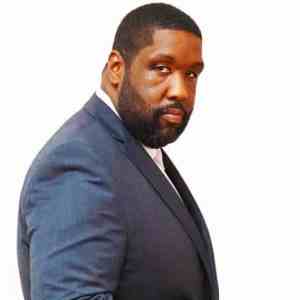