Just before the world shutdown, Shakira and Jennifer Lopez set the stage alight with their Super Bowl halftime show — the last big event we collectively experienced before large sporting events and in-person concerts were put on pause, due to the pandemic. While the rest of the world was left gasping by their combined star power, one man was tasked with making sure Shakira’s hips didn’t lie and J.Lo got loud.

Grammy-winning musician Adam Blackstone’s deft production of the co-headlining show earned him a nomination for Outstanding Music Direction at the upcoming Emmy awards. The musical mastermind has been behind some of the biggest lives shows of artists like Rihanna, Janet Jackson, Alicia Keys and Eminem. Blackstone, a bass player and musician in his own right, has been nominated for an Emmy before — for music directing Justin Timberlake’s 2018 Super Bowl show too. But this year’s show, he says, was a completely different affair. “The biggest difference was that I had to split the allotted 14 minutes between the two artists along with adding guests!” he tells American Songwriter. “Also, for me to make it one long cohesive show sonically made it different for me as well. I wanted to take the viewer on a journey which highlighted both women’s music and story!”

Looking back to February, the show takes on an added evocativeness, thinking about the theatrics of it all — where, now, could that many people gather in communal awe? But at the time, Blackstone was thinking about his main concern; making sure that each woman had the right amount of time and space to do what they do best. “The biggest challenge for me was to not let each superstar’s fan base down with the limited amount of time we were given,” he says. “The Super Bowl Halftime is a catalogue show, and these woman both have many hits! So for me to give the best show possible within the time limit for both was a challenge and success. I think we pulled it off well though and the women left it all on the floor.”

His enthusiasm for the task worked — both women indeed made history as the first Latinas to lead a Super Bowl halftime performance. Lopez honored her heritage by wearing a feathered cape that showed the US flag on one side and the Puerto Rican flag on the other. They both performed some of their biggest hits from their respective repertoires, including “Hips Don’t Lie,” “Whenever, Wherever,” “Jenny from the Block” and “On the Floor.” One of Blackstone’s stand-out moments of the show was helping Lopez bring a girls choir, which included her daughter Emme, on to perform the first verse of “Let’s Get Loud” in lit cages, as a comment on US immigration policy.

Established artists, like Shakira and JLo, and newer ones, too, know an Adam Blackstone production has a respected reputation. An artist through and through, Blackstone honed his craft from an early age, when he was brought on by Questlove to play bass as part of Jay Z’s Fade to Black concert at Madison Square Garden. It was his first big introduction to a huge stage at the age of 22 years old. But a love of entertainment runs deep in Blackstone’s family.

Raised in a musical home in New Jersey, he grew up believing music could be his path to follow too. His mom sang in the choir and several of his uncles and cousins were into music too. His father, a one-man-band, as well as the church organist, gave him early guidance. “My dad believed in himself, and if anything he taught me to believe in myself and my gift! Also to give God all the glory! He and my mother sacrificed a lot for me so I could be where I am right now! I thank them and appreciate them for that,” he says.

His family has watched as Blackstone also turned his hand to TV shows like The Voice and The Masked Singer, as well as the Grammy Awards and numerous BET, VH1 and MTV specials. He will soon add another program to the list — a new Apple TV+ show that makes use of his multi-skilled abilities and years of experience with artists across the board. My Kind of Country is billed as a global search for “unconventional and extraordinary country music talent,” which will be co-produced by Reese Witherspoon’s Hello Sunshine. Blackstone will serve as musical director of the series. “We are at the early stages of this show, but what I can say is  that it will be groundbreaking,” says Blackstone. “It will have a fresh, documentary sensibility that will also break down cultural and musical barriers in the country music space to let musicians unleash their authentic voices and take center stage. I also want to personally show that it doesn’t matter where you are from, music alone has the power to heal and unite us.”

As Blackstone moves swiftly from project to project, he believes in keeping his well full enough to tackle each new challenge. “I stay on the grind. I truly believe that each gig is the audition for your next gig, so I want to put my best foot forward at all times no matter what stage I am on. Also, I prioritize my family first, and my wife and support system allow me to remain creative when the time calls to dive back into work!” 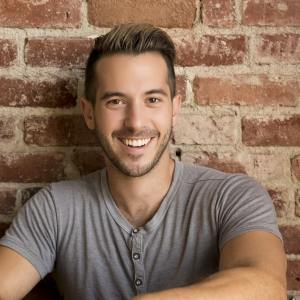 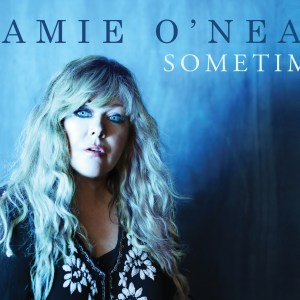