Emerging country artist, Roman Alexander, introduces himself in style with his debut single, “Cocktail Conversations.” The classic country track, released September 19, leads the release of his Between You and Me EP due in November.

Alexander arrived in Nashville by way of Missouri right after high school. With no college plans, he zeroed in on entangling himself in country music, a dream he held since childhood.

The wide-eyed 18-year-old experienced Music City’s vetting process of long hours of underpaid odd-jobs, never losing sight of his goals. Finally, Alexander landed a merch job that brought him out onto the road with Shenandoah, Jo Dee Messina, and then an extensive run with Easton Corbin.

Balancing diverse roles and seeing road life from a first-hand experience helped the artist solidify his career trajectory. Alexander assumed the traveling merch role would either confirm his desire to perform or send him running back to Nashville seeking a publishing deal. Yet, he hadn’t considered the possibility of doing both.

“I knew I wanted to be an artist down the road, but also wanted to write really good songs,” he explains.

Alexander took it upon himself to build an audience, familiarizing himself with social platforms, and sharing cover performances. Gaining momentum, he caught the attention of Twelve6 Entertainment in Nashville. They took the young artist under their wing, dually providing publishing and record label support.

He began to hone his craft with Jerry Flowers, one of Nashville’s top writers and Keith Urban’s bandleader and former Broken Bow recording artist Jared Keim.

“I still get star-struck working with those guys,” says Alexander. “Jerry comes up with crazy good melodies, and Jared writes killer lyrics. And I’m able to play the role of director a bit, but they’re not afraid to push me to my limits on vocals.”

Leading into this upcoming EP project, the artist felt he was missing a key component. “The only missing piece going into this project was that touch of me in there—the statement piece that I need to put my foot down in country music,” he explains.

The title “Cocktail Conversations” had been burned into his brain for many months, but it never seemed to survive the criticism of the writer’s room. Finally, with the help of the “right” writers, Dylan Altman (Jake Owen, Tim McGraw, Jason Aldean) and John Caldwell (Gretchen Wilson, Aaron Watson), the title stuck, wielding effortlessly to the lyrical development of Alexander’s approach.

“I wanted something that was ‘on brand’ of who I am. I have a very old-fashioned mentality, maybe an old soul. I seek very timeless things, like Elvis Presley and James Dean. So vintage components in a cocktail lounge, like cigars and a Bourbon Old Fashioned, mixed well with my modern country feel.”

The lyrics detail a slow night out at a bar lounge, the alluring romance of meeting someone without any expectations, and seeing where it goes. Thematically, Alexander feels this song is a fitting introduction to the EP. Between You and Me is steeped in genre-spanning influence. His musical interest is rooted in his gospel-singing grandfather, who introduced him to his hero, Elvis Presley.

If you listen closely, there are “Easter Eggs of Elvis” placed within each song in the collection. More modern influences follow suit from The King. Alexander looks up to artists like Keith Urban and Billy Currington, who maintain a timeless twang while driving dynamically forward in a modern direction.

Sam Hunt began climbing charts when Alexander was in high school. While attending Hunt’s concert with an ex-girlfriend and her sorority sisters, the aspiring artist couldn’t help but notice the overwhelming female presence in the audience.

“I was like, this guy is doing it right because somehow all the ladies love him,” he recalls. “Right then, I was drawn to him. Not so much like this guy’s cool, but when you dive deeper into it, he’s just a fantastic writer and artist. He’s broken down some walls and boundaries — a reason I was able to take a leap into country music.”

“Cocktail Conversations” is the product of six years of forward-facing ambition. The sultry single is reminiscent of a bygone era, captured from the perspective of the 24-year-old singer-songwriter. Set in a smokey speakeasy, the soundscape evokes a maturity gained from rising slowly and surely through the Nashville ranks.

Watch Roman Alexander’s new acoustic video for “Cocktail Conversations” and look out for more timeless tracks from the artist in November. 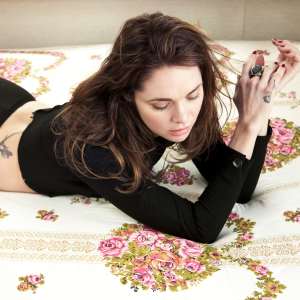