2021 feels like a clean slate for 20-year-old singer-songwriter, Alana Springsteen. The new year marked a new chapter for the emerging country artist who amassed over 21.5 million streams in just over a year, with fan favorites like Filmore collaboration “Think About You,” “Best Nights,” and latest release “Different When You’re 17.” Moving away from the singularly existing songs, Springsteen recently signed a management deal with Morris Higham/Scooter Braun’s SB Projects, and is stepping into her solo artistry with a clear vision of who she is and what she wants to share with the world.

“Alana’s star quality, individualism, and devotion to her artistry make her a talent that stands out effortlessly,” says Morris Higham President, Clint Higham about the partnership. “She brings a fresh perspective with honest storytelling, powerful vocals, and an undeniable presence. We are honored and excited to have the opportunity to help Alana launch this new chapter.”

On March 19, Springsteen released “Trying Not To”—a stunning duet featuring a fellow-rising Nashville star, Roman Alexander. Following his debut EP, Alexander and Springsteen teamed up in the writer’s room with his producers, Jerry Flowers and Jared Keim for what they decided should be a duet. Springsteen describes what unfolded as “pure magic,” crediting Alexander’s lush vocal contributions and her co-writers lyrical genius.

“It’s about having this person who we know is not good for us, but that only makes us want them more,” the artist explains. “Usually on a duet, one artist takes one verse, and one takes the next, but we wanted to split them, and have this back-and-forth conversation. I think it really mirrored the concept of the song. There’s lots of tension, I actually started writing a loop.”

Springsteen, who describes herself as a melodic writer, recalls she began humming and mumbling over the lyrics until a full vision of the track came to life. Untraditionally, the hook was the finishing touch to the duet.

“I will say, though the last year was very difficult for people, I feel grateful I got to dig into the creative side a bit more and what I wanted this next project to be,” says Springsteen. “A goal of mine was to reveal to my fans all the different sides of myself. And this first single is an anthem—a roll your windows down and blast in the car jam. I hadn’t written a song like this before, so I feel like I kicked off the year on a high note.”

The single serves as a pillar to her highly anticipated album project, expected later this year. A fruitful 2020 allowed time for the young artist to dive into what she wants to say, focusing on intentionality in the way she delivers her message. The Virginia Beach-native points to early influences like Shania Twain, Faith Hill, Carrie Underwood, and Taylor Swift, who initially drew her into country music. As an artist, Springsteen hopes her messages will resonate like her influencers’ did with her, helping navigate her teenage years.

“I don’t know another genre that has hooks like country music,” says Springsteen. “When you hear them, you’re like ‘wow, that’s exactly how I’ve been feeling and just couldn’t say it’.”

Her 2020 single, “Best Nights,” is one of these coming of age tales that time capsules the transient months between high school and the various idioms of “adulthood” that follow. Penned with Jon Randall and Gordie Sampson—two of her mentors—the song marks a moment between milestones when a previous life slowly slipped through the cracks of a pivotal summer most everyone remembers well.

“I was coming out of a phase in my life, leaving high school, while my friends were looking toward college,” she explains. “For me, it’s always been music. There’s never been a ‘Plan B’, so I found myself unable to relate. That last summer, knowing everything was about to change, brought up a lot of emotion. So I wrote a song that was a time capsule of all of those feelings.”

“Different When You’re 17,” another recent hit single she co-penned with Casey Brown and Parker Welling, reflects on young love with sage wisdom, yet from a still-relatable distance. An accompanying video helps illustrate the heartbreak-tinged tune, reminiscent of an early Taylor Swift parable.

“I think there are two sides of my songwriting,” Springsteen explains. “First, there’s the ‘night drive chill’ with dreamy, magical vibes. Then I have ‘stadium, anthem, bangers’ that are more upbeat, jump around. I hope to record four-to-five more songs that highlight the juxtaposition between the two. I’m excited to reveal different sides of myself, all raw, honest and vulnerable.”

Watch the video for “Trying Not To” below. Keep up with Alana Springsteen, here. 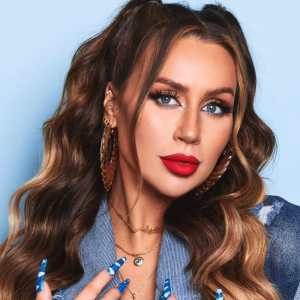 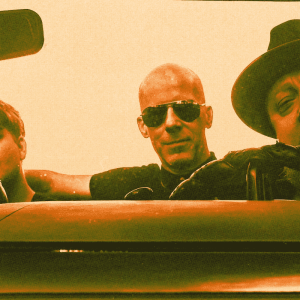