Today Lovaas and Russo premiere a new video for their “Love No More” duet on American Songwriter. Like the original “Love No More” video, it shows Lovaas belting over his piano in a dim, hazy room. But now he’s joined by Russo, whose sleek vocals beautifully complement Lovaas’s warm, raspy voice. Together the duo deliver a soulful performance that packs even more of an emotional punch than Lovaas’s solo version.

“When I wrote ‘Love No More,’ it was about one breakup and one girl, but after seeing everyone’s reactions and comments to the song, I realized it meant so much more,” Lovaas tells American Songwriter. “This song meant a million different things to a million different people. After getting Cailin on the record, I realized this version is about being there for somebody and having someone be there for you.”

By the end of the video, Lovaas and Russo are literally leaning on each other for support. It’s a quiet moment of connection that’s heightened by their final, crushing verse: “Every day I’m hurting more and more / But I don’t want your love no more, no more.”

Lovaas’s lyrics come straight from the heart, often capturing the specific sensations of falling in or out of love. In “Finally Fallen” Lovaas hones in on the moment of realizing you’ve fallen for someone: “I think I might have finally fallen / I don’t even know what we started / I feel it and I know I want it.”

In “Talk Slow,” another breakout single from Honestly, the 21-year-old revisits the thrills and frustrations of a two-hour whirlwind romance he had following a performance in Santa Barbara. “Wish we were moving half speed / I want to feel you feel me,” Lovaas exhales before hitting the first chorus.

More recently, on “Just So You Know”–his first single since Honestly–Lovaas tells an ex he “has a new girl” who’s “sweeter than you girl.” He sounds characteristically wistful even as he lists the ways his new girl is better than his ex: “She says I love you without hesitating / Yeah being mine’s not just for show.”

What’s unique about “Love No More” is how directly Lovaas stares down his heartbreak. Lovaas sounds sorrowful but clear-eyed as he comes to terms with his pain: “But now I realize that all this time you had no heart so you used mine oh you used mine.” Lines like these are made all the more powerful by Russo’s presence. In the duet video, Lovaas isn’t singing to Russo–he’s singing alongside her. The video is ultimately a portrait of two people working through their pain together, holding each other up.

Honestly, EP is out now via Black Box. You can catch Lovaas live at The Moroccan Lounge in Los Angeles on Feb. 20. 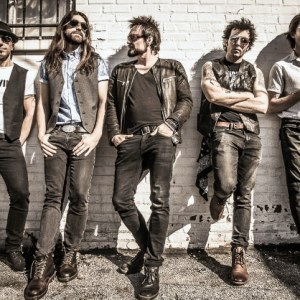 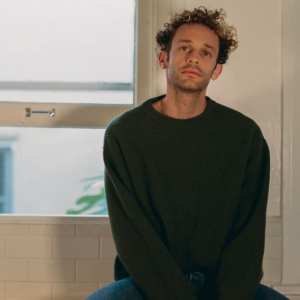