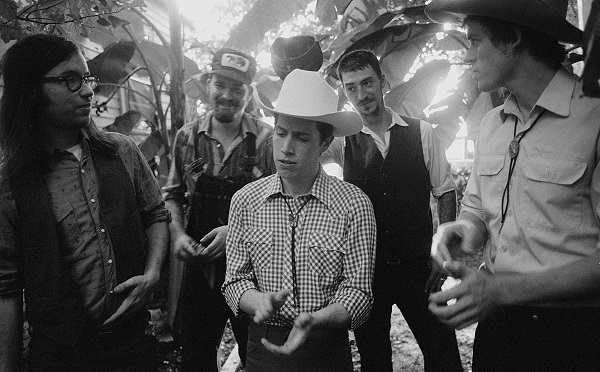 “Busking’s all about loud,” says Pat Reedy, formerly of Sundown Songs and now frontman for The Long Time Goners. “Trad jazz and jug bands win every time down here.” For that reason, the largely acoustic singer-songwriter fare doesn’t always pay well. “Playing alone on the street is just asking to get heckled,” says Segarra. So musicians tend to join together into loose street bands that double as music schools. One of the most popular and influential is The Loose Marbles, which boasted a line-up that would regularly expand into the double digits. Doores, Segarra, and King all cut their teeth as Marbles during the mid 2000s.

“We’d play on Royal Street primarily, usually at Royal and St. Louis,” recalls King. “Someone would have to get up around five or six in the morning and save the spot, and we’d play most of the day for whoever passed by – mostly big crowds of tourists. It’s really good training. You can learn a lot of songs and different styles, plus we actually made good money doing it, enough for a young person to afford rent and food.”

Similarly, Segarra considers her tenure in Loose Marbles crucial to her work in Hurray For The Riff Raff. “They really took a chance playing with me because they were all much more technically skilled and knowledgeable about jazz than I was. But they had this mindset that they weren’t going to turn anyone away and they were going to be have a lot of people at different proficiency levels. I ended up learning a lot about chord structure and melody. And I became a good listener, because I played banjo and my job was to keep a steady beat and keep the song glued together.”

Some of the best music is made far from the clubs and venues – out in the streets or down on the corner or just in somebody’s backyard. When Riley Downing moved from Holt, Missouri, the songwriter, currently a member of The Deslondes, found the community warm and welcoming: “People will have a fire in their backyard, and they’ll sit and sing songs and pass the guitar. There’ll be a night when you’ve got two really good fiddlers who are hanging out with five people who just got fiddles, and they’re showing them the ropes. And there are people sitting around watching those people who are just as good. You can learn anything you want for free down here if you really put in the time to get to know people.”

In that regard perhaps the most important backyard in the city belongs to Alex McMurray, who co-founded the annual Chaz Fest with his wife Kourtney Keller and their friend Dannal Perry. Named after local washboard legend Chaz Leary, the festival highlights local talent exclusively – not just singer-songwriters, but street bands, brass bands, trad jazz outfits, rock bands, and all manner of acts in between. After Hurricane Katrina hit the city in 2005, McMurray says, “Jazz Fest cut back its schedule and didn’t book many local bands. So we decided to do our own thing.”

Even as it enters its eighth year, Chaz Fest remains a small, fairly intimate event, at least compared to the large Jazz and Voodoo Fests. For that reason, it has proved invaluable for fostering a sense of community among musicians representing disparate traditions. “It’s such a great way for artists to interact with each other,” says Segarra, who has played Chaz Fest twice with Hurray For The Riff Raff. “It’s a really nice family that gets created.”

At Chaz Fest or at any of the backyard guitar pulls around town, the biggest audience for these singer-songwriters right now may be other local singer-songwriters, which suggests a scene still in its workshop mode and not yet pulled apart by the demands of touring. Artists are still learning from each other, exchanging ideas and techniques, and most of all figuring out what it means – and how it sounds – to be a country artist in New Orleans. Country provides a songwriting background against which local styles can play off each other, which means that even if these artists don’t necessarily sound like New Orleans, they don’t sound like anywhere else either.

In other words, country is just another spice in the city’s musical roué – a way for a new generation to contribute to the city’s ever growing legacy. “If you’re going to come and be a part of the musical legacy here, if you’re going to play for the tourists and make a life of it,” says King, “you have to add some new tunes to the pot. Try to write the classics for the next generation. That’s what we strive for. Don’t just come here and play the great standards. Make your own, too.” 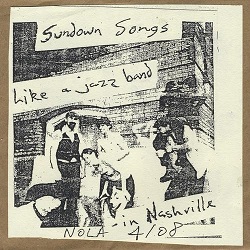 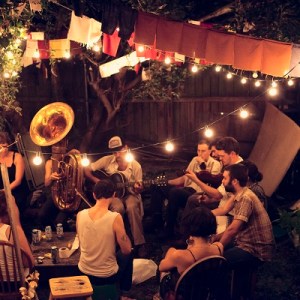