Like most of my favorite folk fare, Carl Anderson’s new single, “Coming Days”—premiering below—perfectly straddles the line between melancholy and mellifluous. It’s a breezy, guitar-driven tune about longing for someone to stay. The only problem? That person’s already made up their mind to go.

The first verse sets the scene: “In the coming days / you may begin feeling a different way,” Anderson lilts over soft strumming and pattering percussion. “What am I to say / to change your mind / unpack your things and stay?”

In the chorus we learn that our narrator’s appeals aren’t working: “I miss you / already, babe I miss you / I’m leaning in as if to kiss you / and falling to the ground.”

The second verse is the clear-eyed crux of the song: “Where will I go now / now that you’re gone / and you’re not coming home,” Anderson sings, sounding resigned but resilient. “I will figure out / where I went wrong / and learn how to live alone.” A late, wistful guitar solo arrives around the three-minute mark, but lyrically the track ends where it began: “In the coming days / you may begin to feel a different way.”

“Coming Days” is the second single—after “Closer Now”—off the Nashville singer-songwriter’s forthcoming Take Off And Landing EP, due in February.

“This is my favorite song on the EP,” Anderson tells American Songwriter over email. “I came up with it very quickly—five or ten minutes. I’m not sure what the lyrics mean. I just freestyle and that’s it. No edits. I like for the words to rhyme.”

“I recorded Take Off And Landing with my friend Colin Killalea,” Anderson adds in a press statement. “Colin is a brilliant multi-instrumentalist, singer and songwriter. I’ve been wanting to work with him for quite some time and so it was quite fulfilling to get together to make this music. There was no pressure in this session. It was just the two of us, laughing and having fun.”

“I love how it turned out,” Anderson continues. “I want to make authentic, relatable music and I feel like that was accomplished on this project. It’s me and Colin cutting it up. That’s it. I hope that people can enjoy it. I don’t know why I am compelled to write songs, but I can’t stop and I probably won’t stop. I’ve tried and can’t seem to break away from it.”

Take Off And Landing comes after the Nashville musician’s 2019 EP You Can Call Me Carl and its aptly-titled follow-up, 2020’s You Can Still Call Me Carl. Both of those EPs followed Anderson’s 2016 album Risk of Loss. Give “Coming Days” a listen below.

“Coming Days” is out now. Take Off And Landing is out February 19. 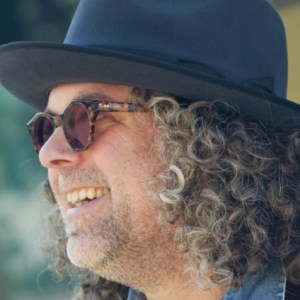 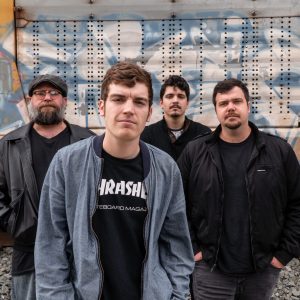