“I feel like there is a disconnect between life online and life in the flesh,” Andrew Oliver told American Songwriter.

Like many Americans, Andrew Oliver has spent the majority of the past year holed-up quarantining, keeping social interactions with the outside world to a minimum. Also like many Americans, he is a musician and has used this time to channel his reflections into his craft. Now on December 4, with his brother Stephen Oliver and their band, Brother Oliver, Andrew’s craft is coming into full fruition with the release of a new single, “Minimum Wage.”

“I was living online, working online, conversing online,” Andrew continued. “However, everything online with the news and social media was just so overwhelmingly negative, pessimistic and divisive — which is somewhat fair and to-be-expected in hard times like these. But nonetheless, anytime I interact with people in-person or in ‘real life,’ it’s never quite so bad or quite so dramatic. It’s like two different worlds. Obviously, not everything right now is normal and fine — but ‘Minimum Wage’ was really written about that perspective and the personal responsibility we have as far as how we choose to face the world every day. It’s about looking ‘in’ instead of ‘out’ and asking yourself more questions before diving into arguments or writing people off. The real punch line of the song is that sometimes people should focus on doing more and talking less — acting on change instead of just enjoying the idea of it, or simply drawing lines in the sand just to say they did.”

Marrying a modern rock exterior with a ‘60s-inspired, Neil Young-esque core, “Minimum Wage” is a brooding track that slithers through restrained verses only to erupt with soaring energy when the lead guitar begins to lay it on. Released alongside the band’s new EP, Command Shift EP, the song shows off the band’s hard-hitting and straightforward style.

“I like the grit and simplicity,” Andrew said. “I kept the distortion on the guitar the entire song, which is rare for a Brother Oliver song. We didn’t add a lot of layers. Stephen’s electric mandolin tone is very reminiscent to me of some old school Black Sabbath. I hope the fans connect with the simplicity of it because it’s very much who we are as a band and nothing more.”

Yet, “Minimum Wage” speaks to something bigger than just a demonstration of a tight band… something that Andrew hopes the audience can connect with. “I want people to feel like they can live their lives, follow their passions and do what they enjoy,” he said. “I don’t like feeling like I have to live through a window or follow the online trends to stay relevant. I think being productive and creating things that help others are most important, and it keeps the world spinning. It shouldn’t be about what hashtag you are or aren’t using.”

Listen to “Minimum Wage” by Brother Oliver below: 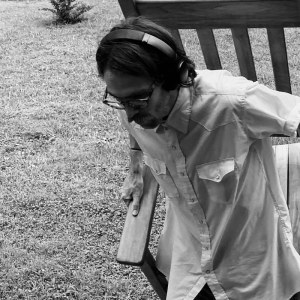 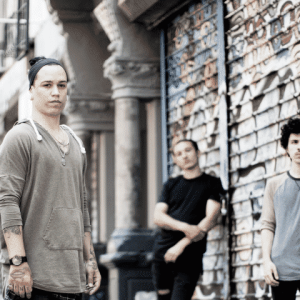