It’s difficult to imagine the unexplored areas of the music industry until you venture out into their depths. Marco Parisi, a classically trained Italian musician, is one such sonic traveler. Recently, he created the one of first albums recorded entirely on a Seaboard instrument. This particular instrument is a dynamic version of an electric keyboard that has synthesizer controls.

“It’s incredible, and it’s the instrument that completely changed my life,” Parisi tells American Songwriter about the Seaboard. “I always played piano since I was a baby—I was like three years old when I started. [But] I always dreamed about an instrument where I was able to change the pitch and control everything in such a fluid way without the boundaries of single keys.”

Now, with the Seaboard in his possession, Parisi has completed his debut album that takes the craft of composing into a new realm. Untitled, Parisi’s upcoming album, is set for a November 19 release date, and today (October 15), Parisi dropped “Symbols,” a track off of this project.

“‘Symbols’ always made me think about space,” Parisi explains. “I always have this vision of me traveling out of Earth, zooming out, and being somewhere else. I always try to keep those visions in my head when I record. So, I think every song in the album visually brings me somewhere, and ‘Symbols’ is more into say, a lunar world. [I] was very quick to record it.”

Parisi’s latest single is certainly a soaring musical experience that lends itself to escapism. “I think it was probably also a consequence of the fact that I couldn’t show anymore, and I love flying,” Parisi says about his inspiration for “Symbols.”

“I always say [that] I think in one of my previous lives, I was a bird. On a plane, I’m always on the window seat, and [when] I look outside, that’s my favorite place in the world,” Parisi continues. “Suddenly the pandemic arrived and I was completely locked into this room, and I was like, ‘How can I travel? I’m gonna find a way of traveling without moving.’ Then I started composing [for “Symbols” and Untitled]. Every piece brings me somewhere.”

“Symbols” arrives after Parisi released two other tracks off of Untitled—”Flying To America” and “Lyra.” The former was impressively recorded in one take and the feeling of reverie persists throughout all three.

Overall, Untitled is as unassuming and open to interpretation as its title. Specifically, the 12 tracks are a stunning rendition of the movements of everyday life. Parisi dove into the soundscapes of his life and pulled inspiration from the instrument under his hands as well as the sounds of musical giants. Classical composers like Bach influenced the beginnings of Untitled and their universality seeps into Parisi’s work.

We can’t wait to continue to explore the musical landscape with Marco Parisi.

Listen to Marco Parisi’s “Symbols” below. 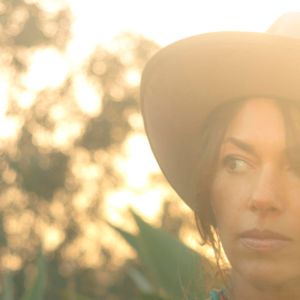 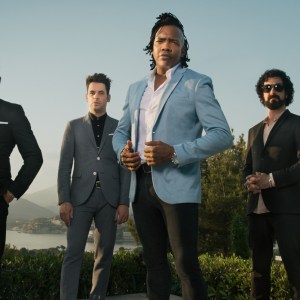