With the release of the Newsboys’ latest album STAND on October 1, Duncan Phillips is declaring this era of the band as the Newsboys 2.0. “I think, arguably, it’s probably one of the most rounded, best records we’ve ever done, period,” Phillips tells American Songwriter.

As a pandemic-influenced record, the widely acclaimed Christian pop/rock band had a decision to make regarding what direction they wanted to take their music—they could either play to the darkness or turn to the light. “We found the silver lining in the COVID cloud,” frontman Michael Tait says about the approach that he, Phillips, Jeff Frankenstein, and Jody Davis took.

“We thought let’s work on a record, and not just any record, let’s make it special,” Tait continues. “The record has a more positive stance on things. Not to say people aren’t in pain, people aren’t dying, people aren’t sad, and people aren’t chemically depressed. But point is, we have hope and we have joy and we have light. And those are things we can share and shine on people in their plights.”

“Never Too Far Away” continues this outpouring of positivity. “It’s just an encouragement to people that think, ‘I’ve gone too far.’ What if David thought that in the Bible? What if Paul said there’s no way God can save me?” Tait questions. “Well, God does the coolest things… [Godsays,] ‘Give me the dirtiest, bring me your weak and poor and dirty.’ Watch God turn it around.”

Additionally, “STAND,” the album’s title track, serves as the centerpiece of the band’s seventh studio album with Tait (who was formerly one-third of the DC Talk trio). This track is without a doubt a statement song packed into right under three and a half minutes.

Sitting at just under 35 minutes for the album’s 10 total tracks, STAND reminds the Newsboys of another time. “Music now reminds me of how it was in the ’60s. The songs are really short—three-minute songs, there’s a lot of emphasis on singles, and people aren’t listening to music as a cohesive record beginning to end anymore,” Frankenstein says.

“So it’s just different, but… just finding that magic in the three minutes of it. And observing Michael over the last 15 months, I’ve never seen him dig in so deeply into the songs. Like there’s a lot of density in the background vocals and lots of thought to the parts. Michael is the kind of guy who sings like a musician would play an instrument,” Frankenstein continues. “I think vocally it’s one of his best records because he’s really put in the time.”

With global hits including “God’s Not Dead,” Frankenstein’s statement is a bold one, but one that we have to agree with. This record is one that will grab a hold of your heart as it travels through your earbuds.

Listen to STAND by the Newsboys below. 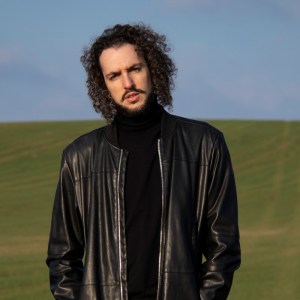 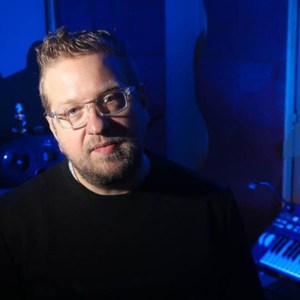