Born and raised in Nashville, Tennesee, Cortney Tidwell grew up around music. Still, it took her years to find the sound she wanted—one that’s drawn comparisons to everyone from Björk to Loretta Lynn. Signed to Jim James’ Removador record label, Tidwell recently released her second album, Boys. Read on to find out why a dance remix of your song can be a good thing and what happens when forty bands get booked for the same show at a pizza parlor.

You grew up in a very musical family with your mother performing at the Grand Ol’ Opry and your father working on Music Row. When did you know you wanted to pursue music?

I knew from the get-go. My earliest memories were seeing my mother on stage. I always loved music and always wanted to be a performer. For awhile, the pressure it put on people turned me off of it. My mom was manic-depressive and I think music drove her crazy. Really, nobody encouraged me to pursue music. It’s tough. If you do it for the right reasons, then it can be positive. It deserves to be positive.

I read you got back into music by booking shows at a pizza parlor—a position you held until one of the bands started a riot. What’s the story behind that?

Number one rule of booking: never try to book forty bands for one day. I basically just booked too many bands with too many conflicting interests. One of the bands had pyrotechnics there. Remember, this is in a pizza parlor. I’m 20-something years old and don’t know any better. At the end of the day, everybody’s swarming and I’ve still got three bands waiting to play. I had to tell them they weren’t going to be able to play. After that, all hell broke loose and it turned into a nightmare. I quit booking after that.

I don’t start by saying something like, “I’m going to write a song about cowboys.” It’s usually after something emotional has happened—good or bad. It’s very stream of consciousness. After a long day, I go downstairs into my basement, let my feelings out and if I’m lucky, I’ll record it. Sometimes I won’t. There’s a lot of vintage furniture around the room. I’ve got my mom’s old upright from the 1800’s down there too. And a fire place. It’s really vibey. It’s cool.

How is your new album, Boys, a progression from your debut, Don’t Let the Stars Keep Us Tangled Up?

Well, a lot of the songs are more of a collaborative effort. It’s more of a band record. A few of the songs like “17 Horses” and “Solid State” were done as first takes in the studio with the whole band present as opposed to what I had been doing before which was going in and overdubbing like crazy. I’m notorious for taking too long to make records.

Ewan Pearson’s dance remix of the title track from your last album, Don’t Let Stars Keep Us Tangled Up, was named by Pitchfork Media as one of the top tracks of 2007. Were you surprised by the song’s success?

I was very surprised. I had no idea about the dance world, the remix world. The label started approaching me with the idea of a remix but I’ve not generally been a fan of that sort of thing. Why can’t we let the original work stand on its own instead of 17,000 versions of the song? But I remember the first time I heard the remix was on a street in Berlin after a night of clubbing. It was a really cold night but I started dancing up and down. I loved it so much. The song turned people onto my music that wouldn’t have listened to it otherwise.

You’ve talked in the past about being bombarded with boys in the world of rock ‘n’ roll. Do you think it’s harder for women artists to make it? Why do you think there’s a shortage of female musicians currently and what can be done to draw more women into songwriting and performing?

I do think it’s harder for women to make it and it’s a real shame. My idol is Joni Mitchell and I think she’s better than Dylan. I don’t think it’s fair. I don’t know why that is though. I wish I knew. History. Time. And as James Brown said, “It’s a man’s world,” I guess.

As women, we are doing all that we can do. I think that America—and consumers in general—need to realize that it doesn’t take a certain look. The industry is more about the aesthetic right now and it’s sad. But it’ll all keep happening as long as we have women doing music for the wrong reasons.

Fans can download one of your songs for free on your record label’s website. What’s your opinion on how the internet has affected the music business?

Well, I think it’s been both good and bad. I mean, I think the label is doing a great thing by embracing it. It’s the digital age, what else can you do? People aren’t really buying records anymore so you’ve got to change the way you’re doing things.

I think a lot of bands will have a better chance now. I’m a great example. I wouldn’t have a record deal if it wasn’t for the internet—passing tracks back and forth, communicating back and forth. There are more possibilities now. I tell people all the time, “There are so many of talented people in the world—millions and millions. It’s just being in the right place at the right time.” It’s just going to be harder to make it. There’s no middle ground anymore. You’re either on the bottom or you’re selling a lot of records. It’s unfortunate. 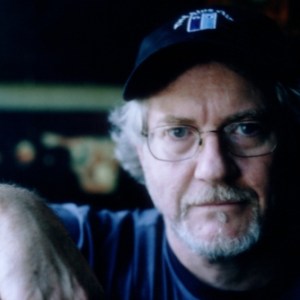 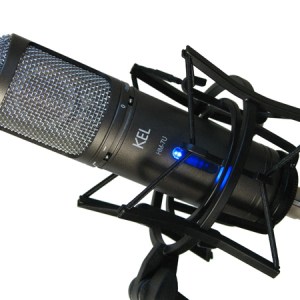