Here’s a special book that came in the mail for me a couple of weeks back. It’s called Country Music’s Greatest Lines, and it was written by one of country music’s greatest writers of lines, Bobby Braddock.

This is an unusual approach to discussing songs because his readers soon find out to their surprise that some of these lines are NOT super-clever or especially memorable on their own. Turns out that the featured lines in many of these songs are the glue that makes the song stick together, or perhaps the wakeup line that tells the listener to pay attention.

But many of these songs have a line, or more, that’ll grab hold of you and hang on tight. If you’re a songwriter you might ask yourself, “Why didn’t I think of that?” or maybe, “I give up. My mind doesn’t work that way,” or maybe you might think, “My mind doesn’t really work at all!”

Some of these lines are so simple they might sail right past you the first time you hear the song. For example, Roger Miller’s greatest hit, “King Of The Road,” may have grabbed you by conferring noble status on a hobo, but the line that grabbed Braddock was, “I’m a man of means by no means,” which set up the title line just fine.

Then there are lines that set you thinking, like Hank Williams’ unforgettable piece of life in his early hit, “Mind Your Own Business:” “If my wife and I are fussin’, brother that’s our right/’Cause me and that sweet woman got a license to fight.” And on and on.

The songs Braddock chose for this book date from the 1940s well into this millennium. From Williams to Taylor Swift (“Romeo save me, they’re trying to tell me how to feel,”) from her 2008 single, “Love Story,” many of the songs were huge hits, and others were simply songs that settled in Braddock’s brain and never escaped.  He was able to honor them long after the world forgot them, with little morsels of their lyric, and fascinating stories about how they were written.

As you turn the pages of this book, you’ll note that a number of the songwriters appear on two or three or more of the songs. This is not surprising. Good songwriters often leave their fingerprints on their songs, bits of melody, chord changes, phrasing tricks or pieces of lyrical wisdom that made the producers and artists want to record the song, made the radio stations want to play the songs and made the listeners want to sing along as they drove their car to work.

“I included five songs by Hank Williams and seven by Harlan Howard,” says Braddock. He seems particularly fond of some of Harlan’s lines, perhaps because of those fingerprints I mentioned. Example one, from “Too Many Rivers:” “When You Try To Put Love Back Together/ there’s always a few little pieces you can’t find.”  Example two, from “Life Turned Her That Way:” “She’s been walked on and stepped on, so many times/and I hate to admit it but that last footprint’s mine.”

If you are a genuine fan of country songs, you might enjoy comparing those Harlan lines from the 60s with today’s country songs, which are sometimes inspired by the frightening events that seem to happen so frequently in our world today: “I’d hang ‘hate’ so that it can’t be heard/if only I could kill a word” (written by Eric Church, Luke Dick and Jeff Hyde).

There’s no telling how many songs Braddock thought about before he whittled them down to a precious few.  But there isn’t a clunker among them. Every one of them belongs in this marvelous book because every one is about real people living real lives.

I’ve often thought about how country songs have had to deal with the ridicule of people who thought themselves more sophisticated and clever than their “country cousins.” But over the years country music has managed to preserve its lyrical essence while other popular music forms have made their lyric a sort of carrier for melody and production. From Hank Williams to Taylor Swift, country publishers never forgot that their product features, rhythm, melody, phrasing AND lyric, and country songwriters new to the genre quickly realize that they’d better have something to say if they expect to survive in the industry. It’s appropriate that Braddock brought in a gifted illustrator named Carmen Beecher to encapsulate the stories told by these songs. Like the songs, her illustrations bear the fingerprints of life lived and noted for the rest of us. Many of us will recognize ourselves in the artwork, as well as the songs. Country songs, from Hank Williams till today, remain faithful to their tradition of reminding their listeners about the life they live. Braddock, a 60-year creator of songs, remembered that when he decided to write this book. 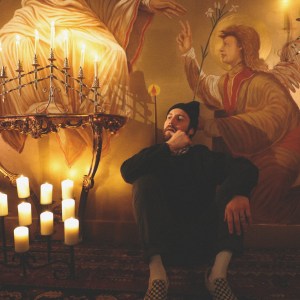