From Bob Dylan to Al Stewart to Pink Floyd to Panic! At The Disco, artists from all genres and backgrounds have utilized literature as a source of inspiration. Whether that’s through lyrical interpretation or musical thematic expression, the connection between the two artforms is as long-standing as it is intimate. Even books that have been out for centuries can continue to hold mainstream relevance thanks to their reimaginations from music-makers. One such book that remains popular in the public eye is Ray Bradbury’s Fahrenheit 451, which was recently illuminated by the infectious folk-pop artist, Brit Drozda, on her new song “Seashells & Stories,” which dropped on May 8.

“I loved studying Ray Bradbury’s Fahrenheit 451 when I was younger,” Drozda told American Songwriter. “I was always really fascinated with the way Bradbury was able to predict certain technologies in the future. The image of the ‘seashell radios’ from his novel has stuck with me all these years and whenever I find myself putting my earbuds in, that’s what I think of. One day, I was feeling really disconnected from relationships and from reality in my life and I looked around and noticed that, like me, many people were walking around with earbuds, staring at phones, not really seeing or engaging with their surroundings or other people. When I got to the piano, all I could sing was: ‘seashells in your ears.’ From there, the idea came quickly, because I think it’s something I’ve been mulling over, ever since reading Fahrenheit 451. The music just fell into place on the piano.”

Coming ahead of a new EP by the same name (due on October 9), “Seashells & Stories” now has an accompanying music video that debuted on August 26. Musically, the song is akin to a grittier Florence + The Machine, with a bit of Americana swagger thrown in. This alone makes the song worth the listen, but the relationship between this musicality and the truer theme of the song is really where Drozda’s vision shines.

“I want it to move my listeners emotionally and physically,” she said. “I hope it provokes thoughts about connecting to people who matter to you. To talk to one another, face to face. Communication and freeing yourself from escapism is what this is all about. Get out to the wilderness in life.  The dark parts, the places that scare you, confront them with the people who mean something to you.”

Watch the music video for “Seashells & Stories” by Brit Drozda below: 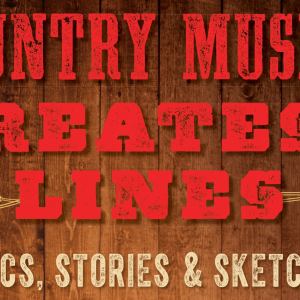 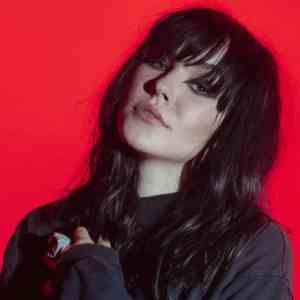