Breakups- we’ve all been there and many of us wallow and end up writing sad breakup poetry and songs about it, but when is it time to put all of that dark creation to an end?  Artist and songwriter Fred LeBlanc of rock outfit Cowboy Mouth shows what his perfect sad song sounds like when it’s truly over.

“’The Last Sad Song’ is quite obviously, about the end of a relationship, as well as the knowledge of its impending approach, whether said ending is in five minutes or five years,” vocalist and drummer Fred LeBlanc told American Songwriter.  “I didn’t realize till after I had written the song that I was writing about being gaslit in a relationship, where the other person tries to either convince you that you’re going crazy or that you are doing the things that the other person is either doing or planning to do. I’m sure we’ve all been there, whether the setting is either romantic or platonic.  This song travels the distance from ‘we shouldn’t’ to ‘I will not’ and discusses the setting of how I got there.  Indeed, this was the last sad song I wrote about that relationship.”

“The Last Sad Song” is a burst of alt-rock and melancholy accompanied by brilliant and straight forward lyrics.  The music is carefully arranged, heavy on shakers, tambourine and percussive tones, aligning the melancholy lyrics with a brightness.

In addition to the sweetness of “The Last Sad Song” Cowboy Mouth is set to release their new EP Open Wide on March 27.  The EP is a blast, echoing sheer energy and the truest form of rock ‘n’ roll heard in a while.

Cowboy Mouth is no stranger to rock, since their start in the New Orleans scene in 1990.  They topped charts with their hit “Jenny Says” shortly after, which kickstarted their career as a touring band.  They quickly jumped on festival lineups, became solid players in the rock circuit and became known for their invigorating live show which has been described as soul saving at the very least. 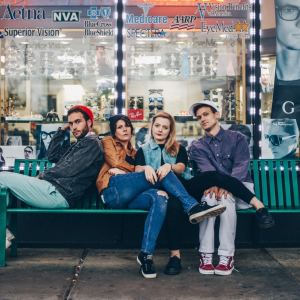 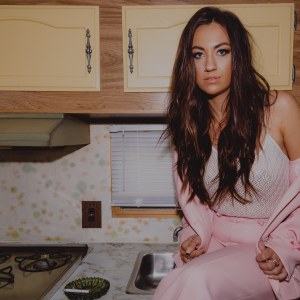