What’s the value of a hit song? Ask any aspiring musician, songwriter, or artist this question and responses are likely to hover around the topics of money, visibility, career-launching, etc. Now, what about the value of several hit songs – enough to garner a songwriter more than 30 Grammy nominations and writing credits for some of the most visible and followed artists in pop music today?

Alexandra ‘Ali’ Tamposi, a force of compositional creativity in pop music, has just such credentials to her name. Yet for the folks Tamposi has come to help most recently through her new organization, the Creative Waves Foundation, all that industry recognition, esteem, and monetary value takes a backseat, in favor of fundamental appreciation for altruistic work that goes well beyond sitting at the piano with a pen.

“My mom has been a school educator for the last 30 years,” Tamposi says. “And she’s incredible at fundraising and incorporating the arts programs into her schools because she’s had to, you know, she’s had to outsource for funding to maintain the programs in schools. So I always knew that I wanted to incorporate that into my into my career as well, in some way. I just, for the longest time, haven’t really had enough downtime just to make it my focus (until now.)”

Ironically enough, with the onset of the pandemic this year, though complications of COVID-19 managed to ravage nearly every aspect of the music industry for the worse, its prompting for time spent at home served as the dedicated time Tamposi had always been chasing after.

“When the pandemic happened, you know, I had this like, warrior instinct kick in but, all (people) were able to really do to help was to stay at home. So I utilized my time, and we started Creative Waves,” says Tamposi.

Though it’s named in part for a phenomenon of nature that is often relaxing and cathartic to watch, the Creative Waves Foundation is hardly lackadaisical in its pursuit to support youth who aspire to make music and be artists. The budding organization, which launched in 2019, didn’t look to slowly work its way up to a large scale project. Creative Waves went for a heavy first splash, connecting with people and a place tied to Tamposi’s Floridian roots: the First Haitian Baptist Church in Belle Glade, FL.

“So my mom lives in Florida full time (and) Belle Glade reached out to her directly,” Tamposi explains.

“I happen to have been in town about a year ago,” she continues. “Her and I went to take a look at the school to see the condition that it was in, and it was just really heartbreaking to see the conditions. But (it was) also really remarkable to see how much enthusiasm and passion the students and the teachers, and the pastors had, despite the circumstances. We’ve been active actively fundraising to rebuild (the church’s) school facilities, and their music department, along with providing meals at home for (the students) during COVID. It’s taken up the majority of our focus at Creative Waves because their needs are so urgent.”

Creative Waves‘ ambitions might sound a little extreme for a non-profit still on the rise but, between a little bit of happenstance timing and the undeterred drive of Tamposi herself, the struggling church really landed in a good place to catch the foundation’s flurry of proactive energy.

“You know, I wasn’t sure initially if we were going to be working more with individuals like parents, who would like to get their children singing lessons or dance lessons or anything in the arts.” says Tamposi. “Part of our plan with (Creative Waves) is to also provide grants to parents who, you know, are looking for programs outside of schools. But with COVID there, those were more limited than than we were expecting. So the (First Haitian Baptist Church) became the priority.”

It’s a familiar and common scenario for foundations to provide financial stability and access, to struggling organizations or those of smaller scale and logistical means. However, Tamposi’s aspiration – along with the rest of the Creative Waves team, which include her mother and co-founder Candy Tamposi, brother Nicholas Tamposi, and several other members – were inspired by more than just monetary assistance and generalized development. The eventual decision to help the First Haitian Baptist Church work toward the construction of a new Enrichment Center space, speaks to the Creative Waves Foundation’s meticulous observation of a community’s specific needs.

“(As I mentioned before), the condition of the facility just did not match the optimism, and the enthusiasm of the students and administrators and teachers. And that was really eye opening for me. We really take for granted what we’re given in everyday life” and you realize, it really doesn’t take much to really provide a safe and healthy environment that’s conducive for learning for children,” Tamposi explains.

“It really motivated me to want to help and to lend a hand in the process and I wanted to get them (to a more stable place) as quickly as I as I could,” she adds. “I’m really looking forward to going back down (to the church) so I can get some footage and content (that) I can bring back and show some of my peers in the industry. And hopefully we can, you know, bring some more attention to this cause.”

Having a designated space for learning, bonding around, and practicing music, is certainly a necessity for youth who want the opportunity to explore the arts. This is where Tamposi’s individual skill sets as a musician and songwriter come into play for the Creative Waves Foundation. In addition to the objective of providing logistical means, is putting an emphasis on the learning and skill building experience itself. Tamposi wanted to bring the energy and appreciation for arts that filled her own childhood education – even if the methods have changed over time – to those supported through the foundation’s more tangible teaching efforts. Ideally this would help set kids on a path to perhaps one day make music a professional goal or, at least an ongoing part of overall education.

“My hope is to – and you know, this is a pipe dream essentially but – I think, in the same way (that) classical music is a primary focus in music education, I want to give the option of music production and songwriting and music business, and I’m really opening up these lanes, for future professionals in the industry,” Tamposi says.

“There are a few schools that offer education in those areas but, it really isn’t until you graduate high school, it isn’t really till you’re in college, where most people start to scratch the surface in music production. So I really hope to carve out a place for music industry learning in schools of all ages,” she adds.

It’s fascinating to see how the Creative Waves Foundation’s pursuits, though grand in aspiration and abundant in support, mirror the young but determined demeanor of its intended demographic. The relatable nature of this parallel push for success and advancement makes for quite the contrast against Tamposi’s list of earned accolades. But given how hard Tamposi worked to reach the professional echelon she’s at now and just how widely regarded her talent has become over time, it’s not difficult to see how that same steadfast work ethic and self-driven belief could help see the Creative Waves Foundation through to its own place of hard-earned, flourishing success.

“I think it’s important to take it one step at a time, and to focus on each school as they come and sort of follow the natural flow of growth,” Tamposi says. “I think it’s going to just be about continuing on the mission that (the foundation) is on. My mom has really great relationships with good schools in the areas (of Florida) that I grew up in, and I hope that we can target some of those schools (to work with in the future).”

“I’m not exactly sure where (the foundation’s) focus will be after Belle Glade,” she continues, “but, I think that (the project) will be a great representation of what we’re capable of and I think that it’ll spark interest (from), hopefully other schools, and the future of aspiring creatives who want and need resources for learning and for music lessons. We wear a lot of hats at Creative Waves so we’re not closed off to any areas so I think (progress will) happen as it comes.” 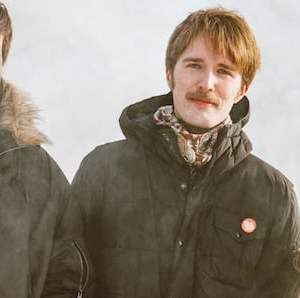 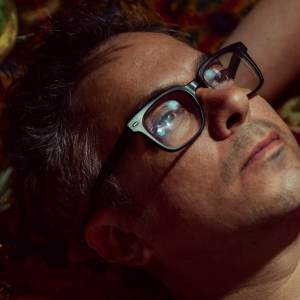