Have you ever smelt or touched something that has brought you back to a certain place in your memories? For singer/songwriter Reed Turchi, that memory comes from the scent of the creosote bush in the Sonoran Desert of Arizona.

This environment is the foundation to the first part of a bigger project. The upcoming, nine track album, “Creosote Flats,” is named after this desert area because of how much time he spends there, just taking in all of his surroundings.

“In the whole album, all the songs have very tactile, very simple lyrics about description. The simpler they are, the more room they have to evolve and become universal.”

One track on the album, “Coyote,” is built around a particular chord, which was inspired by Tinariwen of Bombino, that makes the song “feel like it’s floating.”

Just like the other songs that will be featured, “Coyote” focuses on what he has encountered while spending time in the desert. He mostly enjoyed going to work there at sunrise, sunset, and when the animals were most active because they added to the experience.

In order to see the songs in the way Turchi did when he was writing them, they will each be accompanied by photographs taken by Mark Klett.

The listener doesn’t have to know about this particular desert or have had the same encounters there as Turchi has. The main objective of this project is to hear the songs and to be reminded of a meaningful person, place or thing in your life just from something that you touched, smelled or heard. Listening can almost feel like an act of meditation because of the calming melody and simple lyrics.

“Just lean back and take it in as you wish. Nothing in the album is trying particularly hard.”

Before live concerts were canceled for the year, Turchi hoped to bring this album to life by performing in parks and partnering with local organizations to provide a unique experience. There is still a plan to make this happen in the beginning of the upcoming spring season with a few adjustments to ensure the safety of the band members and the audience.

“It’s just the idea of trying to do something that’s not just another show in a club or in a bar.”

Towards the end of spring, Turchi will move his workspace from Arizona to the Grand Canyon to work on making similar music, but in a new environment.

On February 19, Turchi will release both albums in this project, “Creosote Flats” and “I’ve Chosen Love.”

“I’ve never thought about or attempted to put out two albums out at once, but at the same time I don’t know how I could wait on either.”

With the help of his band members, drummers, Mike Meadows and Lemuel Hayes, bass player, Lee McAlilly, and keyboard player, Heather Moulder, Turchi hopes to continue challenging himself to write his own unique music. 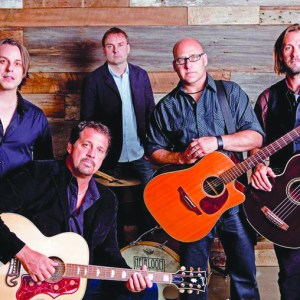 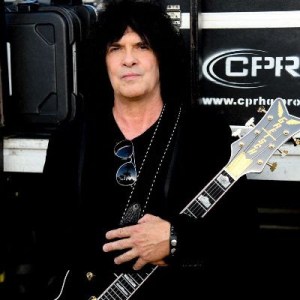