Singer/guitarist Scott Sullivan worked as a solo artist throughout the mid to late 2000s, releasing five albums – as he also traveled the world as a big-wave surf and snowboard photographer. So when he decided a change of pace was in order, he opened Strait Slice Pizza Company in Port Angeles, Washington, and settled in for a quieter life.

But music has a way of reasserting itself – as it did in 2016 when Chandra Johnson came to the pizzeria looking for a job. A classically trained violinist, she and Sullivan began working on songs during downtimes. It wasn’t long before Crushwater came into existence.

The Wasteland, the band’s new LP, is due out on April 3, with a double premiere of two singles – “The Lift” and “Fly Fly Fly” – on March 19. Those songs, as with the rest of the tracks on the album, showcase Crushwater’s powerful rootsy rock. The music is anchored by Sullivan’s warmly rough baritone and robust guitar riffs, while Johnson’s artful violin solos infuse the songs with a lively and warm spirit.

Finding contentment in Port Angeles, and with Crushwater, seems to inform “The Lift.”

That song, Sullivan says, “is about life just moving too damn fast sometimes. Sometimes you just gotta slow the heck down or else you end up running off the rails and missing the good stuff in life that’s right in front of your eyes. Friends, family community. Do we become blind to them in some mercurial pursuit of something unattainable?

“It’s no secret that we live in a crazy and wild world,” Sullivan continues. “One that seems to get more bizarre with every passing day, month or year. It all seems to be getting faster, like too fast to even keep up with. Sometimes it feels like there is just a brick wall at the end of the train tracks. But songwriting can bring moments of clarity to me when the words hit the page. In “The Lift” I became of aware of a sense of an inner despair to break away from that chase and simply ‘find the time to make the time’ and do whatever it takes to simply be here now with what and who really matters.”

“Fly Fly Fly” has a different concept, though it’s just as thoughtful and insightful: “You find someone, you love them and need them around you to feel alive. The passion is so strong that at times it backfires and becomes caustic. There is pain and turbulent emotion that derives from knowing that you’re not in control of that person to fulfill that need, to the point where you feel helpless and resentful. Words fly, sh*t flies, and that love flies away. And at the end of the day all you can do is set it free and hope and wish that it will come back someday.”

Although the lyrics on The Wasteland are often serious, the music itself has an uplifting quality. It’s obvious that Sullivan and Johnson have crafted this material with care, just as they once created gourmet pizzas. 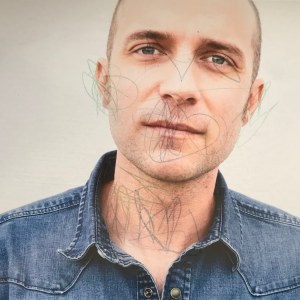 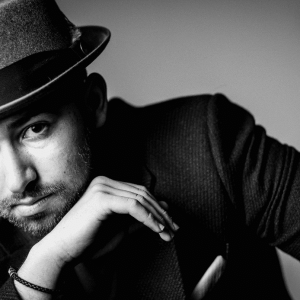