Crys Matthews and Catherine MacLellan offer up a bit of hope amidst tragedy. Their collaboration, a song titled “More Than It Took,” is part of Folk Alliance International’s ongoing Artists in (Their) Residence program, in which two artists from different countries come together and write a song together. Predominantly written over Zoom and email, Matthews and MacLellan’s searing ballad finds the two musicians taking emotional inventory to uncover beauty in the world.

“As songwriters, we always are those people who have our finger on the pulse of society,” Matthews tells American Songwriter over a recent phone call. “In those really intense moments, like going through a global pandemic, people often turn to music for solace that they aren’t necessarily able to get on their own. It has been a really beautiful thing to see people actually value music so much more.”

Matthews and MacLellan initially met during Global Music Match, a nine-week program featuring 96 artists from 14 different countries. Split off into teams, they found each other deeply connecting and striking up a friendship. “I connected with her so much and adored her songwriting. Her voice is so incredible,” says Matthews, who knew immediately she wanted to collaborate with MacLellan when tapped for the AITR initiative.

Matthews sent over “a chunk of lyrics” to start, and MacLellan returned with “this gorgeous melody. The song just came together so beautifully and effortlessly. It was a dream to write with her.

“Then, we just went back and forth with the lyrics and more of the melody and the bridge ─and it was just so incredible to just see it come to life in that way. We’ve never written a song together, and we’ve only known each other a short time,” Matthews continues, “but I’m such a fan of her work. Some people have these voices that just elicit a very specific emotion from you, and she just has this voice that pulls out the most beautiful melancholia you could ever imagine.”

To MacLellan’s surprise, writing over Zoom was far less difficult than she initially thought. “I had never been on Zoom until sometime in March 2020,” she says with a laugh, “and now it just seems like a regular part of life. it’s allowed me to have more actual FaceTime with people that I work with, artistically or in other ways. That’s been a real bonus. Working with Crys was just so easy.

“Because I was kind of stuck, I didn’t even know where to begin. I find it is more difficult for me to figure out a starting place when I’m working with someone else rather than on my own,” she continues of the process. “But that was just like such a gift. Crys had basically written most of the song, and I found my way into it by putting melody and a chord structure behind it. Then, we both kept adding to it.”

Despite immense tragedy, Matthews and MacLellan extend a bit of wisdom with the song. “None of us have lived through a global pandemic before, so we have no idea if this is the way forward for our lives or if we are actually going to get to the other side of this. There’s just so much unknown,” reflects Matthews. “I think she and I both try to always create more hope than not, even with songs about hard things. This new normal still gives us more to be grateful for than to be sad about. I think a lot of people are actually finding that. I think that’s why you’re seeing so many people offer commentary about things─like how we don’t want it to go back to normal. We’ve learned a lot of really useful stuff about how we operate better as human beings and connect better as human beings as a result of this. It’s kind of viewing the pandemic through that lens.”

A shift in perspective impacted much more than their songwriting. For MacLellan, she gained a new appreciation for slowing down and basking in life’s quieter moments. “When I think about my life growing up, life was a lot slower. There were no cell phones; there was no internet. I’m starting to sound like my grandmother,” she chuckles. “But, you know, as a musician, I feel like life has just gotten busier and busier, and we’re supposed to do more and be more productive. Our whole societal culture is just amping up and gotten much faster.

“This time has allowed me to look deeper into myself and do some of the hard work on my own mental and emotional welfare,” she adds. “That’s what I hope that the world can learn ─how to slow down a little bit, and maybe that we can reset some of our priorities.”

Moving forward, especially for the music industry, which witnessed many of its most iconic venues shutter, may be a bit tricky. “We had a chance to get off the hamster wheel. I was very lucky here on Prince Edward Island. We had very few Covid cases, so we were able to have music, on stages, with lots of restrictions,” notes MacLellan. “There was probably a three or four month break, where there was just no music, and then, I got to do my first show again. I could feel the audience. There’s something that you don’t get from doing an online show that you can only get in person. So I hope that musicians will never take that for granted again.”

Matthews didn’t take a moment for granted either and found the forced lockdowns not unlike driving for long stints on the road for her gigs. Extended alone time permitted her to stretch her wings. “Being made to be at home, I learned how to garden, and I’m a really phenomenal gardener. I just posted about my gardening on my Instagram today. I had no idea until the pandemic when I had all this time on my hands. There’s definitely been a very calming element to my home life. And it hasn’t hindered my creativity at all. I’ve actually written quite a bit this past year.”

Conversely, MacLellan found herself in “a drought of creativity,” she admits. “I thought I would take all of this time and just write so many songs. But I think my creativity has been blocked a bit just by the pain that’s been happening in the world. It’s all going to flow out again someday, but instead of creating music, I’ve been taking the time to learn other skills, like learning how to make videos and edit film [projects] and record my own stuff. I think I’ve only written three songs in the last year.”

Folk Alliance International’s Artists in (Their) Residence boasts 18 other artists, including Rose Cousins, John Paul White, Sean Ardoin, and County Cork’s Mick Flannery, who have written and recorded songs together. Many of which will be released throughout the rest of the summer. The series is hosted Grammy Award-winning artist and FAI showcase alumni Chris Thile. 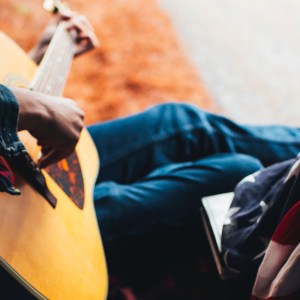 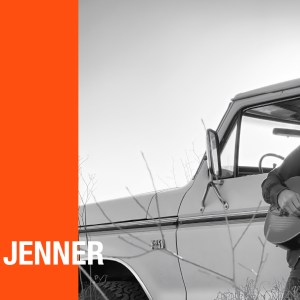