“My songwriting process begins with me having a conversation with myself about my feelings and emotions,” Ally Barron told American Songwriter. “From there, I’ll start jotting down ideas and notes.”

At just 21 years old, Barron is a fast-rising star in the world of dreamy pop music. Using the intimate conversations she has with herself as fodder for phenomenally intuitive and relatable songs, she’s already racked up nearly 20 million streams and won over fans from across the globe. Now, on April 30, she’s proving just how skilled she is at writing anthemic tunes with her new single “T-Shirt,” which comes ahead of her debut EP, Sincerely, AB (due later in 2021).

“This song is a metaphor to the conclusion of a long relationship that I was in,” Barron explained. “Once it was over, I noticed that I was still holding onto things that were preventing me from moving forward. So, learning to let go was something I faced during this time. Whether it’s gifts, old photos or someone’s t-shirt they left in your room, we hold on to things to help us cope when really they’re just holding us back. In order to find new and better opportunities, we must let go and move forward. I had to move on from difficult memories, and that’s where the inspiration came from.”

And once that spark of inspiration was lit, it didn’t take long for Barron and her collaborators to turn the idea into a roaring flame. Meeting up with her co-writer, Tony Ferrari, the two took her notes and transformed them into a cohesive melody with a poppy format to boot. With those bones built, all that was left to add was perhaps the most important element: the song’s vibe itself.

“The vibe of the song is what stands out most to me,” Barron said. “It was such a challenging process to get it where I wanted. It’s the most R&B thing I’ve done yet, but I really love the way it turned out.”

And with a bubbling synth-scape, honey-smooth guitar chords, a driving 808 and Barron’s crisp, glistening vocals, the song’s atmosphere is palpable. Speaking to a pretty universal experience for members of Generation Z, the song effortlessly captures a uniquely modern sense of heartache and longing too. In that sense, “T-Shirt” is not only a good song unto itself, but also an invaluable tool which musically articulates something that a lot of people relate to.

“I love songwriting because it allows me to express my feelings and emotions artistically through words in a way that I would feel uncomfortable just speaking out loud,” Barron said. “It makes me vulnerable in the best way and is how I cope with real struggles in my own life. Songwriting is my outlet for my emotions, whether I’m deeply in love or completely heartbroken.”

And at a time when the world is changing—both in terms of young people navigating how to date each other, but also in general—having troubadours like Barron who can come along and express a widely lived experience is an amazing thing. To that end, she noted: “I want to reach everybody with my music and be a role model for girls of all ages. We’re all growing up and going through these issues of boys, being your own woman and different stages of life. I want to be there for those girls if they need someone to talk to.”

Ally Barron’s new single “T-Shirt” is out now and available everywhere. Watch the visualizer for it below: 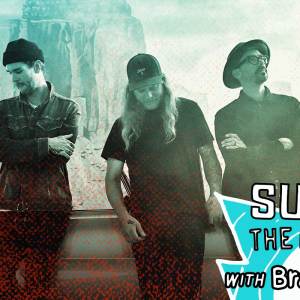 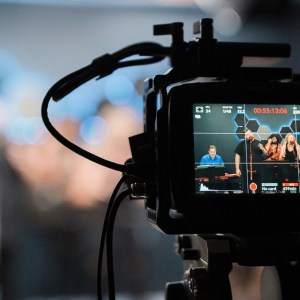