“Deception lies in all of us,” Keeton Coffman told American Songwriter.

For Coffman, this unfortunate side of human nature is an inevitability that everyone relies on from time to time. Ruminating on that, the Texan singer-songwriter wrote “Magician,” a smoky new single off his forthcoming record Hard Times, which is due on June 18. Premiering on April 13, the single is an atmospheric exploration of the themes weighing heavy on Coffman’s mind.

“The ability to bend the truth, to bend our perception of reality and even to distort what others know of us and trust about us… it’s an ability we all possess,” he said. “And we use this ability when we need to. We don’t want to admit this, but we do. This song is a painting to be hung in your home, I have no objective with it. Take from it what it honestly says to you.”

Matching the tonality of Coffman’s words perfectly, the music behind “Magician” creates a palpable mood. Brooding with a neo-Western twist—but not without a tinge of melancholic hope—the song’s instrumentation peaks with a soaring climax. While the shadow-y feel is propelled in large part by the guitar tones, perhaps the true MVPs of the single are the texture sounds Coffman curated himself.

“I’m obsessed with keys sounds,” he explained. “We used a lot of mellotrons, toy pianos and B3s to create these textures. My favorite part of the track is what sounds like a shaker, is actually this chain my drummer, Craig Weaver, creates percussion with.”

Creative and innovative with his sound, “Magician” fits into the wider pattern of Coffman’s career. Not quite as dark as this song would make him out to be, he explained that using themes and characters has been a wildly helpful tool in his songwriting.

“Sometimes, I feel most comfortable communicating in characters like this one,” he said. “It gives me a bit of protection. I felt so much of this character lives in a shadow, one he/she can’t even access, so I wanted the song to sound like a shadow, sound like smoke, moving in the darkness. It’s tough to keep writing when album cycles start, or when life gets busy with other work, but it’s a daily climb for me. I feel like the flow happens when I open the valve every day. Then, it feels effortless, fun and I’m less afraid to experiment with a new character, idea or sound.”

Keeton Coffman’s new record Hard Times is out on June 18. You can listen to the record’s latest single, “Magician,” below: 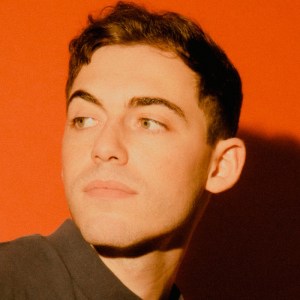 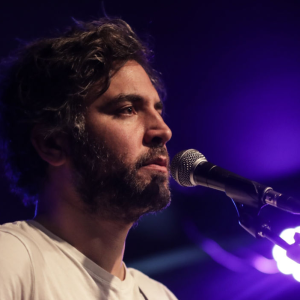