When the chorus hits on Danielle Juhre’s new single “Burning,” it’s hard to not get goosebumps up your arm.

Dropping this past March, the single is the newest release from the Chicago-based singer-songwriter. Between its driving pulse, its emotional potency and her powerhouse vocal performance, the message of overcoming hardship soars to a brilliant height on “Burning,” showing off Juhre’s knack for heartfelt songcraft.

“I’ll never forget how and why I wrote this song,” Juhre told American Songwriter. “At the time, I had lost my job and had to move back home and I was questioning myself and my purpose. ‘Burning’ came to me in silence and I immediately grabbed a pen and frantically began writing the lyrics, recording myself singing them. I wrote this song as a way to find light during one of the darkest times in my life and I’m hoping others can relate to it and remember to never give up on themselves.”

That uplifting sentiment is a through-line for Juhre’s growing body of work. Since her first release in 2017, she’s devoted herself to the art of removing the middleman between her lived experience and the songs she writes. Seeing music as an ultimate platform for connecting and understanding, she’s become adept at conveying her world in a thoughtful, relatable and impactful way.

“I write my best when I have zero expectations of myself or others while going into a recording session,” she explained. “I also only write my songs from deep personal experiences, so it’s very important for me to write with the people that I can be vulnerable with. For example, ‘Burning,’ was recorded with my producer and best friend, Matt Legrand, at his studio in Chicago. We write everything together at his studio and I secretly think being there is part of the magic. We’re a great duo—I write all of the lyrics and melodies and he takes care of all of the production. We’ve written all of our songs in less than a day.”

With a sound akin to some of the biggest icons of the past few decades—namely, Adele and Amy Winehouse—Juhre’s style seamlessly fits into a wider cannon of popular music. Much like those artists, her songs touch on universal experiences in intimate, personalized ways. In that regard, “Burning” is not only Juhre’s new single, but an opportunity for her to connect with folks from around the world who feel the same way she does and share a message of self-love with them.

“I want people to feel empowered when they listen to ‘Burning,’” she said. “I’ve always wanted to be an artist that uplifts my listeners and reminds them what they are capable and deserving of. It’s very important to me for others to see my music as an opportunity to love themselves. I hope that anyone who listens to this song sings along at the top of their lungs.”

Danielle Juhre’s new single “Burning” is out now and available everywhere. Watch Juhre deliver a moving, stripped-back performance of the song alongside producer Matt Legrand for a Mahogany Home Edition session below: 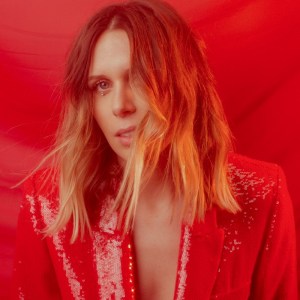 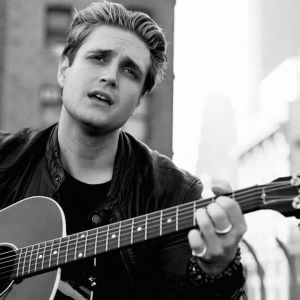