On its surface, Dez Money’s “Lost” is a story about someone stranded on a desert island and into the mind of a castaway. “I want to put the listener on a deserted island,” says the LA-based artist, “like Tom Hanks in Cast Away.” Smoldering through all its light and dark moments—Is there anybody out there. I feel it getting out colder. The days are getting longer, out here all alone… I’m having trouble breathing. My head is under water. Help me stay afloat—“Lost” reveals a deeper tale, a desire for connectedness in a state of isolation.

Off Money’s upcoming third album, following up his 2020 release of Blue and debut Take Me Down in 2015, “Lost” finds the singer, songwriter, and producer showcasing his homegrown versatility as a multi-instrumentalist and captivating as a storyteller.

Working on the new album throughout 2020, Money intended for each song to have more cinematic elements. “I wanted every song to have its own world, but with this one, I heard the theme within the sounds, so I wrote the song around a theme, which I don’t always do,” says Money. “I had a lot of fun doing it like that, because I was able to throw certain elements in there, like the waves that come in at the end of the song.”

Joking that “Lost” is his own version of The Beatles’ “Help,” Money says he wanted the music to go with the lyrics, particularly in its more desolate moments. “In the verse, I wanted to use the instruments really sparingly where there’s a search for somebody,” he says. “Then in the chorus, they finally see some somebody or something, so I tried to bring all the instruments together and make it more of a crowded space. I wanted it to match sonically with the lyrics.”

When making music, the multi-instrumentalist, who grew up surrounded by music with his father the late Eddie Money, doesn’t lock himself into specific genres, and lets songs arrive in their own form, whether it’s a melody in his head or something procured by playing around on a synthesizer. “I let each song create itself in a way,” says Money. “I just feel it out, and I feel like some people get too caught up in trying to categorize themselves as an artist. I just keep building until I feel it’s right and won’t sleep until the majority of it is finished.”

Money adds, “Ideas will keep coming, and I have to make sure I see it through. As artists, we can be perfectionists, because if we sit on it for too long, we might not want to release it instead of just getting it over with and writing it as it’s coming to you.”

Written within 24 hours just as quarantine began in 2020, “Lost” also reflects the obvious isolation throughout the past year around the pandemic.

“I feel like everybody was kind of on their own desert island at one point, and everybody was just trying to communicate with anybody as much as they could,” says Money. “Everybody has been isolated for so long, and there’s this longing for everything, regular human interactions, to get back to normal.” 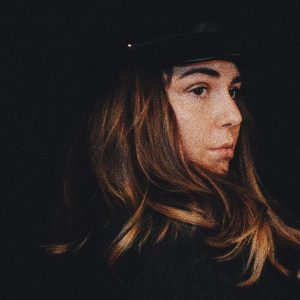 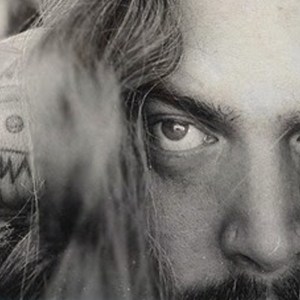