Drawing inspiration from the world around her is what elevates Skyler Day’s spirit as a songwriter. Her new song, “If Not” was bred from a heart-to-heart conversation with a friend about her deep-seated fears and how they are clouding her envisioned future. This friend, who has been in a relationship for long enough to reasonably consider the idea that it will eventually result in marriage, finally shared some of the nagging doubts that have crept in as the ultimate commitment is still not on the table. Touched by her friend’s vulnerability, the 30-year-old artist attempted to write a song from her perspective.

“If Not” is one of five tracks from Day’s new EP, Songs from the Greenhouse—released September 3. The project is her third release as a music artist and her debut as a producer. Gentle instrumentation leads to whispering, carefully introducing the entrance track of the EP. There’s nothing that I like better / Than dressing you up in forever / I sit and watch you across the room / A sea of people all I see is you, she sings in her enchanting rasp.

Her candid lyricism highlights transparency and communication as critical components of any relationship. After laying bare the true emotions and hopeful ideals of the relationship, the lyrics pivot, inviting the other party to step in and correct the vision if need be. Day’s vocals climb as she lays the cards out on the table in the ultimate reckoning: 50 years from now I can picture it / Coming home to you sounds like a dream / Coming home to me is that what you see? If not / Oh I need to know now.

“Not knowing how the other person feels is torture,” Day elaborates. “As scary as it is to burst the bubble, by telling or asking, it’s worth it. You might find that you’re on the exact same page and Bam! Soulmates for life! Or it might be the opposite, but now you know, and you have the chance to go be with the right person.”

The Cumming, Georgia native cites her singer/pianist grandmother as her initial musical inspiration, but her grandfather helped her envision a career path for her within the industry. When she was 10 years old, he was diagnosed with terminal cancer. She recalls, “I would go sit next to him, singing all the songs I knew until one day I ran out of songs. So, I decided to write one for him. At that point, he wasn’t able to be very responsive, but when I sang him that song—he smiled. I knew he heard it and understood it was for him. And that was it. Music was it.”

Now living in Los Angeles, the artist has expanded upon her early country music influence and intentional songwriting to create what she describes as “Confessional Folk-Pop.” “I love the freedom of pop—the possibilities are endless,” she explains. “And now that I am producing myself, I’m diving in and experimenting a lot more with the tech of it all. I love seeing how traditional sounds and futuristic sounds can live together.”

“If Not” lies at the crossroads of these two sonic approaches. Within her self-produced celestial soundscape, Day reveals her fantasized future intersecting with inner-most fears. Day derives her best songwriting work from a place of authenticity, shielding herself from the crippling nature of external comparisons. the best advice she has received throughout her journey is to not compare herself or her music to what and who is playing around her.

“It’s a creativity killer,” she says. “Get inspired, of course, but allow yourself the freedom to write how you write. It sounds so simple, but it can be really hard not to want to chase after what’s ‘popular’ at the moment. Just try to remember that you’re the only you that exists, so if you create from a place that’s real for you, then you’ll automatically be making something special.”

As a storyteller, her reward is the bridge her music creates between her and her listeners. “To write a song alone in your room, then put it out in the world and have someone you don’t know say that they understand and they feel the same way—there is no better feeling,” Day describes. “It’s such an amazing thing to share a connection like that.”

Listen to Skyler Day’s new song “If Not,” from her debut self-produced EP, Songs from the Greenhouse (below). Day is scheduled to perform at ACL Festival on October 1. Tickets are available on her website. 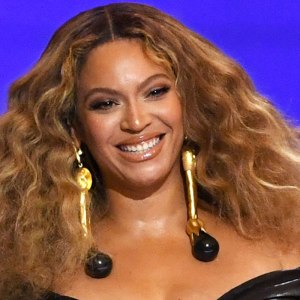 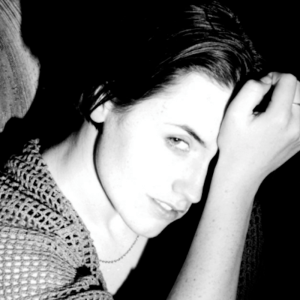