Seattle-based musician Robb Benson writes more songs in a year than most can even listen to on their own.

As he says, “Some say that is prolific, but that is just who I am.”

Indeed, Benson isn’t doing the work to win some songwriting race or to prove anything in particular. Instead, he does it because he has to. That, in a way, is the truest mark of an artist. That life will be incomplete—even unlivable—without the creative act.

So, Benson takes this compulsion with him everywhere. And his latest musical project is a power indie rock trio, Planets In The Ocean, which is set to debut their very first single, “Splinter,” with American Songwriter today.

“As a teen,” Benson says, “I sat down at the piano in my cousin’s garage and just started writing songs from scratch. I had [music] lessons as a kid, but was bored of them and quit. But later on, writing songs just happened very naturally. It’s been many years since and I just happen to still love doing it. I write 50-100 a year now.”

“With Planets,” the frontman says, “we are kind of digging into an indie rock sound that we stumbled upon. It feels unique to other projects we have done. The entire first batch of the new nine songs fit into that category, but that could easily change to another style. It will likely stay fluid as we move forward.”

In terms of the group’s debut single, Benson says he’s hesitant to talk about its meaning—or, he says, really any meaning of any song he’s written. Sometimes talking about something can kill the thrust.

“One time a friend came up to me after a show,” Benson explains, “and said one of our band’s songs was her favorite. She asked me to tell her what it meant. I told her what it meant to me, and I think it kind of almost took away some of the magic for her. She said I feel it means something different to me. I told her to go with what she felt and forget what I told her. At that moment I realized everyone will have a different idea of what each song means to them. So, me telling exactly what it means is more difficult these days.”

Benson does add, however, “I will say that I see pictures sometimes when I am singing it. Pictures of nighttime and there is a bit of a yearning or heaviness in the picture, but it also has a resolve to it that makes it less heavy.”

The song came about innocently enough, he says, during the first-ever rehearsal for the band. It involved a new delay pedal and some unassuming jamming. But by the end of that practice, Benson was excited. Now, with the song out in the world, he knows it will be both a lift for some listeners and a quizzical look at the state of the imagination.

“The chorus almost explains itself,” Benson says, “‘Careful what you wish for there’s no escape.’ I think we can all relate to that, and yet at the end, as mentioned it has a resolve to it, the bridge feels warm and hopeful.”

That bridge? Wings hide stars, all that you have seen, so close your eyes and see again.

“That’s the part that when I sing it,” he says, “I feel like everything is going to be okay even in the heaviness. But again, I don’t want to tell you what it means. We would love for you to listen and decide for yourself.” 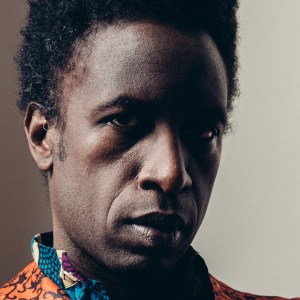 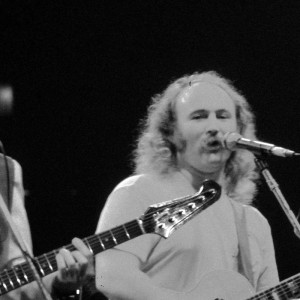