The Meaning and “Seven League Boots”

The song, which reached No. 18 on the Billboard Hot 100 chart, was originally based on the song “Seven League Boots,” written by Rick and Michael Curtis. “Seven League Boots” referenced a magical pair of boots that allow the wearer to stride seven leagues long (approximately 21 miles), which appears in many European folk and fairy tales.

“The Curtis Brothers brought a wonderful song called ‘Seven League Boots,’ but it drifted around too much,” said Stills, who reworked some of the lyrics around his personal experience, following his divorce from French singer-songwriter Veronique Sanson.

Once rewritten, the song explored a different form of navigation: around love.

“I rewrote a new set of words and added a different chorus, a story about a long boat trip I took after my divorce,” shared Stills of his trip through French Polynesia. Exploring an exotic place out on the water helped Stills find more perspective on his life and marriage. (Coincidently, bandmate David Crosby has remained an avid sailor since the age of 11 and even wrote the Crosby, Stills & Nash song “Wooden Ships” aboard his Mayan, along with Jefferson Airplane’s Paul Kantner.)

“It’s about using the power of the universe to heal your wounds,” adds Stills of the song’s meaning. “Once again, I was given somebody’s gem and cut and polished it.”

Got out of town on a boat, going to Southern islands
Sailing a reach before a following sea
She was making for the trades on the outside
And the downhill run to Papeete
Off the wind on this heading lie, the Marquesas
We got eighty feet of the waterline
Nicely making way
In a noisy bar in Avalon, I tried to call you
But on a midnight watch I realized
Why twice you ran away

When you see the Southern Cross for the first time
You understand now why you came this way
‘Cause the truth you might be running from is so small
But it’s as big as the promise
The promise of a coming day
So I’m sailing for tomorrow, my dreams are a-dying
And my love is an anchor tied to you
Tied with a silver chain
I have my ship
And all her flags are a-flying
She is all that I have left
And music is her name

No Vocals by Crosby

Stills sings lead throughout “Southern Cross” with Graham Nash joining on the second verse, while David Crosby is not featured on the album version. Around the time the band started working on Daylight Again, Crosby was arrested on drug charges and served eight months in prison. Crosby reunited with the pair when the album was already near completion and later added vocals to some tracks and contributed “Delta,” which would be his last original composition for several years, along with a cover of “Might as Well Have a Good Time,” by the songwriting team of Judy Henske and Craig Doerge.

In the line But it’s as big as the promise, the promise of a coming day, one of the vocalists mistakenly say “coming” on the first “promise.”

The video shows a ship at sail with Stills at the helm and gave Crosby, Stills & Nash some MTV play time in the heavier pop and new wave era, while the cover art of Daylight Again features a dome on a hilltop with flying saucers circling about. The image was likely inspired by the UFO resurgence of the late 1970s through the early ’80s. 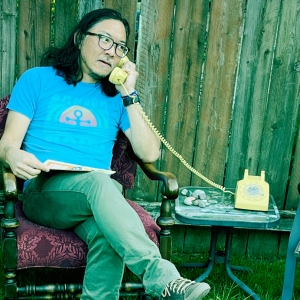 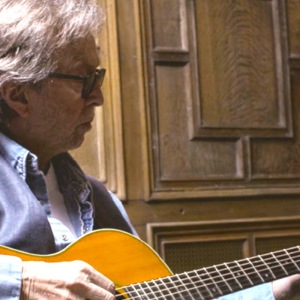