Tell someone they should check out a song by a new artist that talks about the artist’s life and that single selling point wouldn’t exactly stand out as unique. Instead say the song’s narrative tells a story that sounds much more like an edgy and mysterious bit of mis-adventure and, well, that certainly leaves a lot more to the tempting imagination, doesn’t it?

Luckily for Stephie James, she isn’t left to choose one or the other for her debut single, “Sin City.”

The first song off debut EP, These Days, which will be released on July 10, 2020, “Sin City” makes quite the splash on the surface and behind the mic. Stephie James might be based in Nashville, TN but this soulful rocker holds her heart for Detroit, MI and all the iconic gritty rock, blues, and heart-on-the-sleeve emotional messaging that goes with it. Sonically, “Sin City” itself isn’t all that coarse of a listening experience. This isn’t a track distorted or fuzzed to the nines like music by Jack White or Brittany Howard’s project, Thunderbitch, despite support musicians to both artists – Matt Menold and Dominic Davis – adding their instrumental style to “Sin City” on guitar and bass respectively. Nonetheless, where James’s hometown intensity comes into play is the way she frames a story that she says comes from a place of personal life experience.

“I always write autobiographically, from my own set of experiences because it’s all I really have to speak from,” James says.

“This particular song wrote itself pretty quickly,” James continues. “I was spending some time with a guy out west; he was involved in some shady dealings – which, in retrospect, some of which was probably a bit exaggerated but, [was] enough for me to be intrigued by it and it made for a decent song. I was telling the story and there was an underlying duality to explore. What started as maybe a slight hope to change the guy I was seeing – the “bad boy” that we romanticize in pop culture – resolved to the realization that I wouldn’t really like him anymore if he were to change,” she says.

This story of a brief connection seems familiar enough from a distance. Plenty of people have gotten close with others they might have realized after a while aren’t making the best decisions for a healthy relationship. However, the way James is able to convey the experience musically, really enhances the potency of the moods and narrative stakes. Vocally, James’s smooth, legato, delivery blends with the warm organ tones and Menold’s pliable guitar notes, to evoke that sense of slick swagger on top of some bluesy rock flair, which definitely highlights James’s hometown vibes. Furthermore, occasional guitar tremolo with a touch of widening warble in the tone adds in the slightest dash of old fashion surf style rockabilly, adeptly tying James’s narrative for “Sin City” all together – lyrically, sonically, and with a committed vocal performance – around a slightly secretive but just too-cool-to-forget kind of crush. It’s the kind of first piece to a larger project that not only wastes no time in garnering attention but also stops right on the line of a perfect musical cliffhanger, which will thankfully be fleshed out soon enough over the summer.

“I hope it’s a good introduction to the record, [These Days] that will follow. I want people to walk away with [“Sin City’s] chorus floating around in their heads later in the day and that they want to listen again, ideally look[ing] forward to more,” says James. 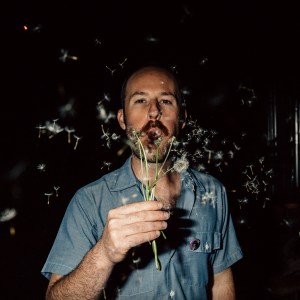 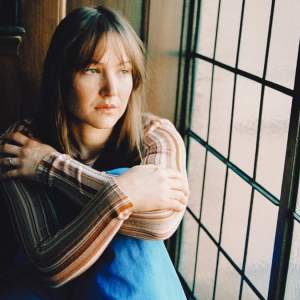